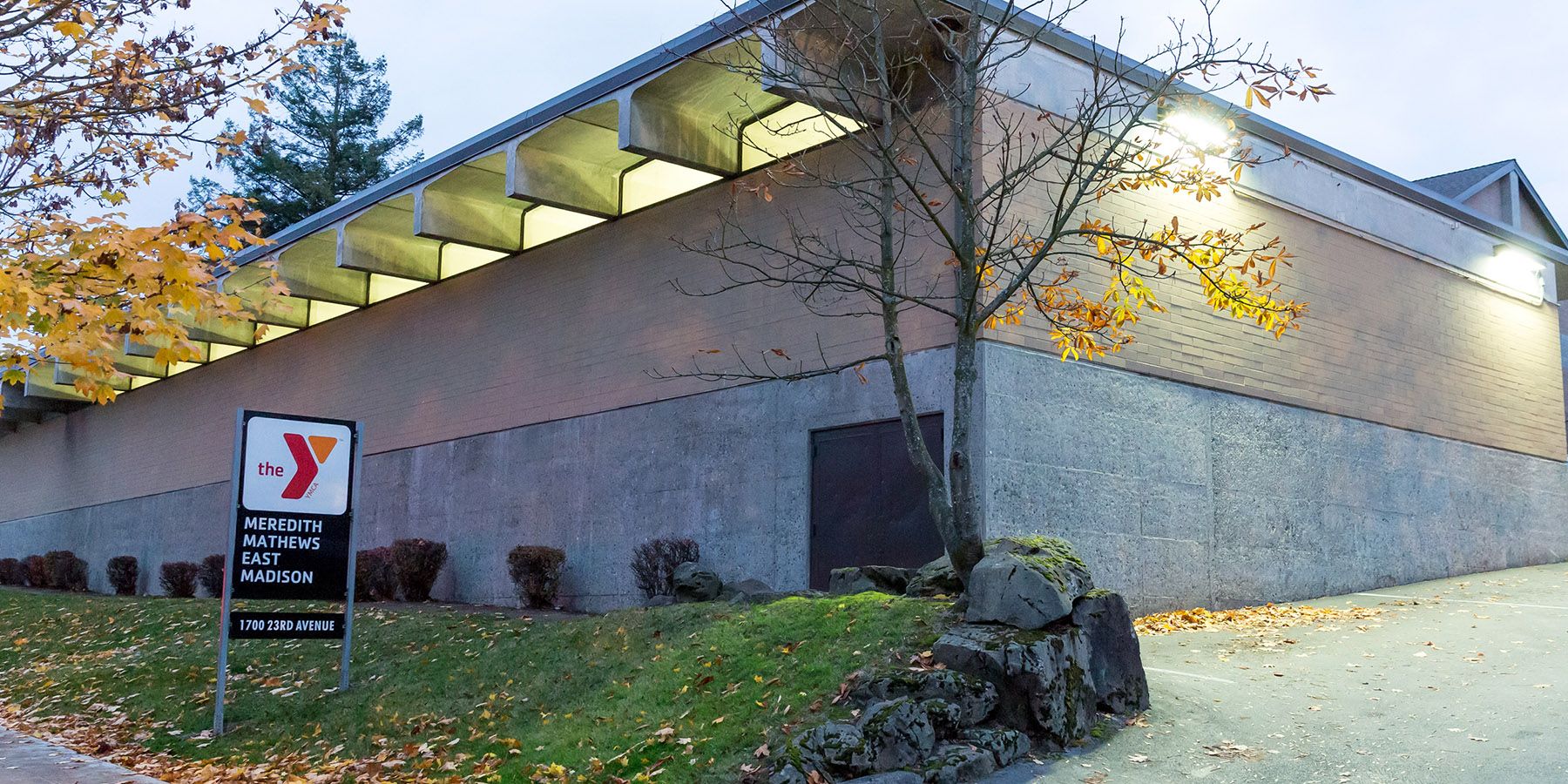 The Y is where families thrive, communities come together, and whole person health is achieved - for all.

Meredith Mathews East Madison YMCA is at the cultural and geographic heart of Seattle’s vibrant Central District. Since our founding in 1936, this branch has been a place where all people were welcome and where neighbors came together to build community and inspire one another to set and achieve lofty goals. One of only two Seattle area YMCAs to have a historic designation, our branch has deep roots in this uniquely diverse community. Our facility, originally designed by acclaimed architect Leon Bridges in 1965, was remodeled in 1991 and more recently in 2016. Its name pays homage to Mr. Meredith Mathews’ distinguished service as its director from 1957–1965.

Meredith Mathews is the largest provider of youth education and development programs among all of the YMCA of greater Seattle branches. We partner directly with over 22 area schools to provide in and out of school time support such as tutoring, mentoring, integrated arts, academically aligned enrichment, and family engagement.

We are the only branch to engage directly in Youth Violence Prevention, with a goal of reducing juvenile court referrals and schools suspensions/expulsions by 50%. Additionally, we have pioneered the Black Achievers and Y Scholars programs, which has resulted in a 100% college acceptance rate for participants.

Our staff has a strong commitment to serving the many constituents of our organization. Our board represents a cross-section of our community and has a passion for our organization and those we serve.

Have questions? Contact us and we'll get back to you as soon as possible.

Are you interested in coaching? Want to help with youth programs for a volunteer opportunity your whole family can participate in? When we all join, we rise together!

Have a general question about volunteering at the Meredith Mathews East Madison Y? Email us at mmathewsvolunteers@seattleymca.org

We Appreciate Your Support

Every year, we rely on donations to help ensure that all of the people in our community can access our services. There are lots of ways you can give, and we’re grateful for your help.

Get a Month of FREE Membership!

Y members that refer a job applicant that is hired to work at the Y can receive a free month of membership!

We've made it easier than ever to find member and account information with our new Support Center. Find instructions for managing your account, easy access to request forms, and a complete list of our policies all in one place.

The Y values the richness that diversity brings to our community and shared commitment to nurturing the potential of kids, improving health and well-being, and giving back. To ensure equitable access for all the Y offers affordable options at all of our 14 branches.

We understand Covid-19 safety protocols change frequently and it can cause confusion. As new guidance emerges and the science develops, we continuously seek ways to minimize risk to community.