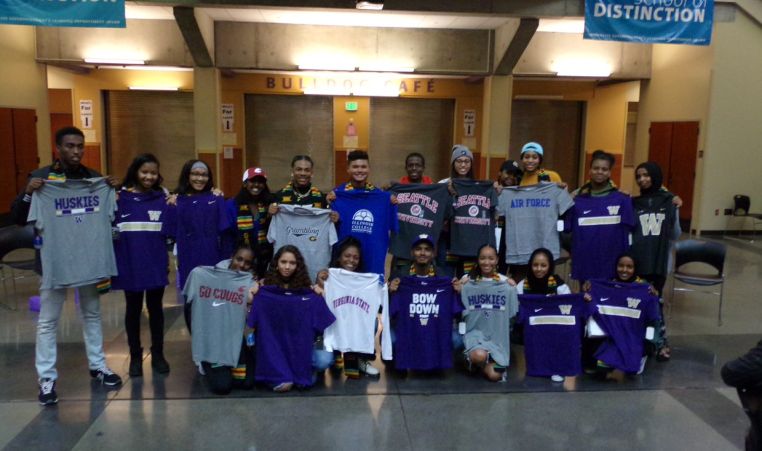 Each year, the Meredith Matthews East Madison Y works with 120 students of color to prepare, support and enroll them in Advanced Placement classes. On Thursday, June 14, a packed room of family and friends joined the Y in supporting the 2018 scholars. Several YMCA of Greater Seattle board members and Meredith Matthews branch members attended to celebrate these students. The room bustled with pride.

The keynote speech was delivered by YGS board member, The Honorable Richard Jones. Judge Jones grew up in the neighborhood, and spoke about his time there and how much it has changed. He emphasized the importance of supporting youth through their education, and how the Y achieves its goals to ensure healthy bodies and minds.

Y staff shared highlights of the Y scholars and the program. Several of the students received full scholarships, and most received at least partial scholarships. All of the 120 students enrolled in the classes have been accepted to, and will be attending college in the fall.

Every dollar donated to the Meredith Mathews East Madison Y has a lasting impact on the people of Seattle.

Donate for a Better Us