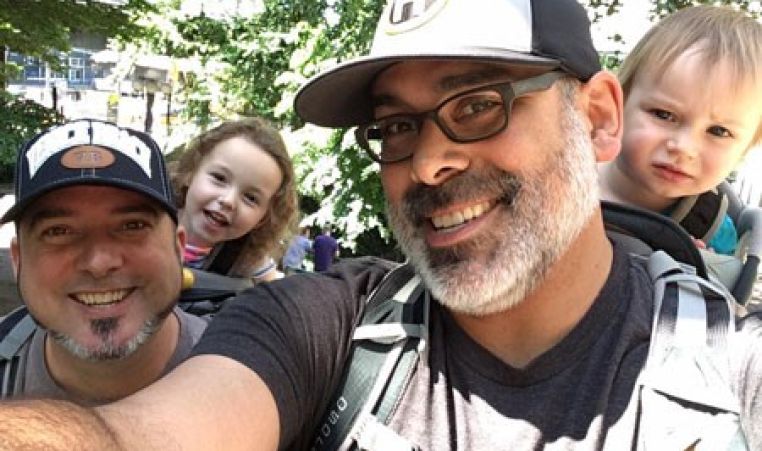 Christopher Peguero is a lot of things: He’s taught environmental education at Camp Orkila, and before that he worked with the Y for 7 years across the Western US, now he serves on the Seattle Y’s Camping and Outdoor Leadership board and has traveled with the YMCA’s Global Excellence program. On top of all of that, Christopher is the Environmental Equity Advisor for Seattle City Light.

Christopher uses the city’s Race and Social Justice Initiative (RSJI) as a tool to implement a culture shift in the way that City Light does business. As the founder of the City of Seattle’s SEqual affinity group, Christopher also advocates workplace equality for all city employees, particularly based on gender identity or sexual orientation.

“I’m a multi-racial person; I’m of Mexican and Native American and European descent. I am also gay. In my work with the RSJI team, I asked the question ‘How does LGBTQ equity fit in with the City’s RSJI policy?’ The answer was that the City leads with race as the center of the equity discussion.” said Christopher.

Through his work with the Y and with Seattle City Light, Christopher is creating pathways for all people to be the best they can be by creating work and community environments that support all people and celebrate race, ethnicity, culture, gender and sexual identities.

“Now the environmental movement (at least in Seattle) is having a deeper conversation about what inclusion and engagement looks like. The question we’re asking is ‘as we are addressing environmental issues, is there a way to look at disparity as part of the puzzle? Is there a way that all people share the benefits of environmental progress?”, Christopher said.

Christopher took his base knowledge of outdoor education and social equity to create an experience for LGBTQ families at Camp Orkila: LGBTQ Family Camp.

Camping and outdoor experiences have the unique ability to transform lives for individual growth. Within the mainstream outdoor and environmental sector, LGBTQ people and families still lack equal access. Having family camp experiences can bring like families together to uplift and empower the uniqueness of LGBTQ families to make camping a part of their lives and for the potential of those important transformative experiences to happen.

When we’re intentional about who is invited outside, lives of kids and parents alike can be changed.

5 Ways to Get Outdoors with the Y

Enrollment is open for summer 2019 resident camp and teen expeditions! Reserve your spot before sessions fill with Early Bird pricing until December 16th.