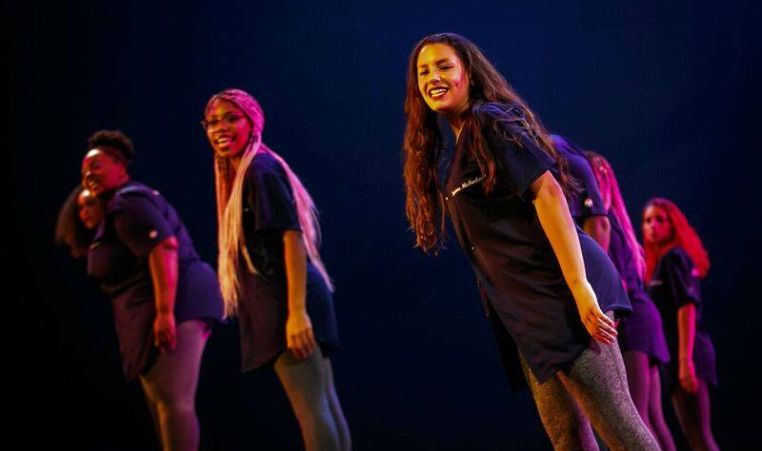 Stepping is a rising art form and an important part of America’s artistic and cultural heritage. In stepping, the body is used as an instrument to create intricate rhythms and sounds through a combination of footsteps, claps and the spoken word. Stepping is based on a long and rich tradition in African-based communities that use movement, words, and sounds to communicate allegiance to a group. It draws movements from African foot dances, such as Gumboot, originally conceived by miners in South Africa as an alternative to drumming, which was banned by authorities.

The stepping tradition in the United States grew out of song and dance rituals practiced by historically African American fraternities and sororities, beginning in the early 1900s.

In addition to step shows and competitions on college campuses, today stepping can also be found in schools, churches and community organizations around the country.

The Northside Step Team is Washington State’s only youth competitive step team. The group was formed by YGS staff member DarNesha Weary who is also a member of a historically African American sorority, Zeta Phi Beta Sorority Incorporated. This step team is more than just a team, we are a family. We vary in culture, size, and age, but the one thing we have in common is that we step with a positive message for all people. The goal is to inspire others, especially today’s generation, to be courageous and supportive and stand for all that they believe. As a member of the team, these young people learn patience, courage, honesty, trust, love, responsibility, and have found a place that they can call “home away from home.”

The team practices weekly at the Dale Turner Family YMCA and is open to youth ages 6-18. The team proudly has a 100% high school graduation rate and currently hold state and national titles. The team participates in local community events and volunteers as well.

Why Join the Y

Whether you're after a pool, a yoga class, an afterschool program for your teen or child, or simply want to work out in a community-focused environment, we've got you covered.

Affordable Options for All

The Y is committed to helping everyone achieve their potential. Financial assistance, to the extent possible, is available for those needing assistance in paying for the full cost of a YMCA program or membership.

The Y Campaign for Kids and Communities.

The YMCA of Greater Seattle has a vision that one day, all kids, families, adults, and seniors in the Greater Seattle Area will have equitable opportunities to improve their health and well-being and reach their full potential.