Red Carpet for Elementary School Students at the Be There Rally

Red Carpet for Elementary School Students at the Be There Rally 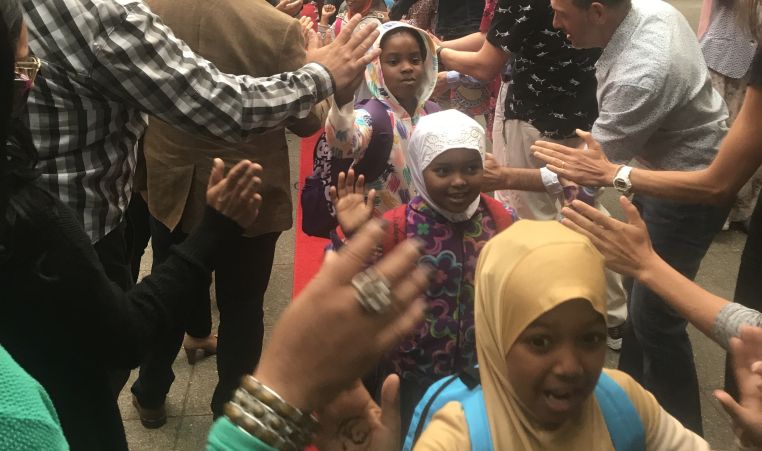 The West Seattle community attended the second annual Be There Rally at West Seattle Elementary on Wednesday, September 7.

The school, in partnership with the West Seattle & Fauntleroy YMCA, rolled out the red carpet with community leaders, school supporters, family and friends to line up to cheer, clap and high-five students as they enter into the new school year.

The West Seattle Elementary Be There Rally draws inspiration from an event held in Hartford, Connecticut, where over 100 Black men in suits got together to greet and encourage children on the first day of school. They did it because they wanted to show children of color positive images of Black people in their community instead of the negative and damaging images commonly portrayed in the media. That event sparked a couple of Seattle Public Schools to keep that momentum going.