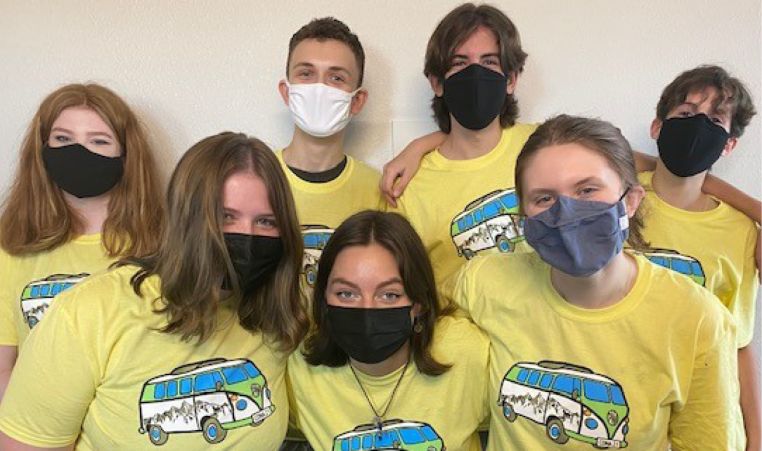 Despite being virtual for a second year in a row, the Conference on National Affairs (CONA) was a success. This year, Washington and Oregon teamed up to become the “Pacific Northwest Delegation”. Combined, nine teens attended the conference along with one media delegate.

CONA is an annual opportunity for students from across the nation to convene and discuss issues facing society. In preparation, students research and write original proposals focusing on national and international concerns. During the conference they engage in intensive discussion and debate while taking in a wide array of perspectives. The conference offers an opportunity for students to critically think about the nation, network with peers, and have fun in the spirit of lively debate.

Hosted by the YMCA of Montgomery, the conference is normally held at the YMCA Blue Ridge Assembly in North Carolina. Due to the global pandemic, CONA has been held virtually for the past two years.

This year’s virtual conference began with committees. Delegates Terra Pilch-Bisson, incoming Youth Governor, and Audrey Elwood, incoming Speaker of the House, were both selected at the national level to be Committee Chairs. They facilitated committees for the first two days at the conference where every student shared their proposals.

After two long virtual days of committee, it was time for fun. The first in-person gathering of a CONA group in nearly two years was hosted at the Briggs YMCA in Olympia! With seven of the delegates in attendance, they spent the day getting to know each other, socialize, and call in as a group to the virtual “Porch Chat” hosted by the CONA Presiding Officers.

The Conference began again the next day with General Assembly (GA). Two Washington proposals made it to GA, including a proposal from Charlotte Jennings on regulation of Epinephrine Autoinjector cost and one from Terra Pilch-Bisson on taxing to promote sustainability. It is a great honor to have your proposal make it to General Assembly as only the top ranked proposals will make it beyond committees. Both proposals passed.

By the end of the conference, the teens were exhausted and the Zoom fatigue was real. With that being said, there were still celebrations to be had. Reyna Masterson, the only senior in the Pacific Northwest Delegation, was honored by her peers and staff. The students in the conference organized a Senior Send Off where all the recently graduated seniors were highlighted with pictures and favorite moments