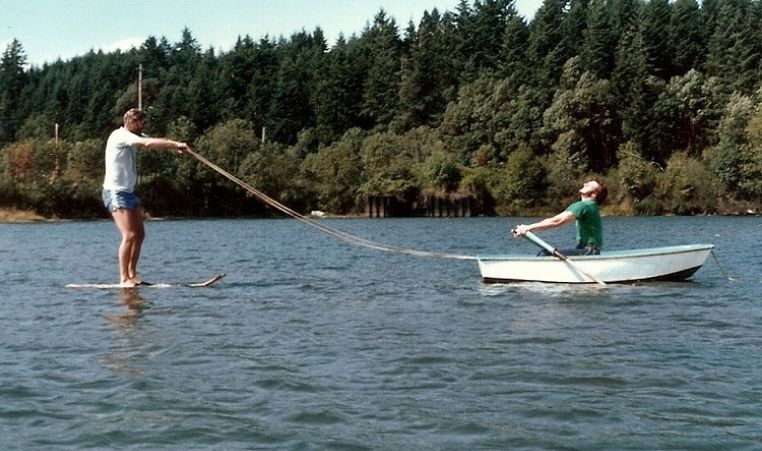 One cabin to be named after former Camp Director, George Nichols

Seattle, WA – Four new proposed cabins at the YMCA’s Camp Colman means 2,000 more youth and families will have the opportunity to experience the fun and growth that only happens at camp. The Y will name one cabin in honor of former Camp Director, George Nichols. Only through community support can the Y reach their $150,000 per cabin goal. You can give to Camp Colman at seattleymca.org/CampGive.

Camp Colman sits in the southern Puget Sound’s Case Inlet. Each year thousands of campers make new friends, learn responsibility skills, try new things, unplug from screens, enjoy swimming and boating in the lagoon, and skits around the campfire. The four new proposed cabins will allow thousands of more campers to get off waitlists and into the outdoors.

One cabin will be named after former Camp Director, George Nichols. For many campers and leaders, the Nichols family is synonymous with Camp Colman. Nichols has been a key mentor, role model and camp director for generations of campers. He served as the Program Director, Physical Director, Camp Colman Director and Camping Services Executive Director for more than thirty years.

“All my children and grandchildren went to Camp Colman in part because of his leadership. The time has come to honor George and his family with the building of the Nichols Cabin, and we are excited to offer our support.”

Two other new cabins are named Cruzen and Bosco (Bostrom & Code). Construction is planned to start this spring and reach completion in the fall. In addition to the four new cabins, the Y is raising money for a new marine education center, and purchase of 20 additional acres adjacent to Camp Colman. You can learn more about other Y camp improvements as part of the Opportunities for All campaign at seattleymca.org/new-improved-overnight-camps. Join the Camp Colman fundraising victory event at the Fauntleroy Church on March 30 at 9:30 a.m. RSVP by emailing campinfo@seattleymca.org by March 20.

Camp Colman is dedicated to strengthening community by nurturing the potential of youth, promoting healthy living and fostering social responsibility. If you have additional questions please contact Director of Philanthropy, Magill Dickerson-Lange, mlange@seattleymca.org.

The YMCA of Greater Seattle is the Northwest’s leading nonprofit organization strengthening communities through youth development, healthy living and social responsibility. Founded in 1876, the Y reaches more than 253,000 people of all backgrounds, abilities and financial circumstances annually through 13 branches, two overnight camps and more than 200 program sites throughout King and south Snohomish counties. It nurtures more than 142,000 kids and teens to develop their gifts and give back to our community and engages nearly 23,000 volunteers who contribute more than 372,000 hours of service each year. Visit seattleymca.org.