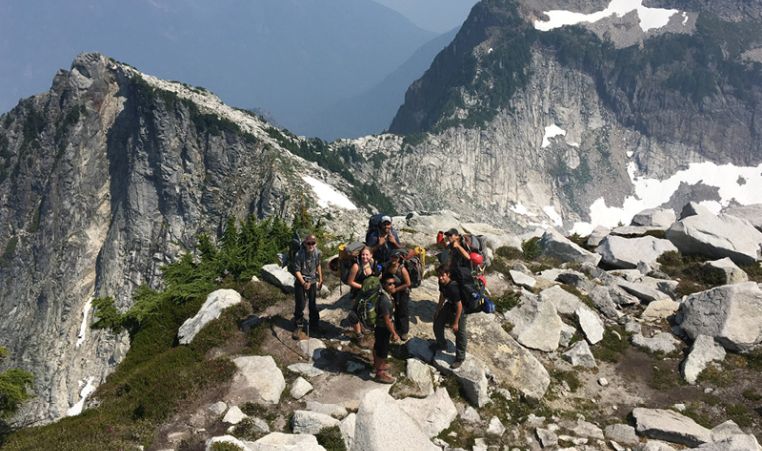 Henry arrived to the U.S. as an unaccompanied refugee minor through Lutheran Immigration and Refugee Services. No parents held his hand through customs. No brothers or sisters to help him transition to life at a new school. Henry hadn’t even visited the U.S. before his move.

Thankfully Henry found a loving home to take him in, but transitioning to a new way of life can be difficult. Eager to help, his new American family wanted to find a way to help Henry make new friends and be active. They signed Henry up for the Y’ Boys & Girls Outdoor Leadership Development (BOLD & GOLD) program.

On Henry’s one-week expedition, the difficulties of his past did not stop him from making the most of his adventure. Henry’s honesty and integrity shined as he led his peers over mountains and up rock faces. He continually cared for the well-being of his peers and learned how to lead them in setting up camp and other necessities.

After his trip, Henry was recommended for the Leader in Training program, designed to help coach future instructors and allow young leaders to continue to positively influence young people in the program.

Making camp accessible to all kids, including refugees or other kids who went through challenges, is the Y’s priority. These opportunities are only possible through gifts from our community. In 2018, one in five kids at camp received financial aid to attend, which totals over $1 million in camperships assistance, a 20 percent increase over 2017.

Want to read more about what we accomplished in 2018? Read our annual report.

The Y is Where Volunteers Matter

Volunteer with your local Y

Volunteering can be fun and fulfilling. Benefits include: improving mood, decreasing stress, exploring passions, and gaining new skills. Whatever your reasons for volunteering, it’s good for your mind and your body, and strengthens our communities.

In addition to donating your time and talents to the Y as a volunteer, you can also make an impact through a financial contribution. Your donation ensures that those who need us most have access to quality programs, activities and facilities. When you give to the Y you make a difference in the lives of people from all backgrounds and economic levels.

The YMCA of Greater Seattle is more than a place. It’s a hub that helps all people reach their full potential. Whether it’s through camp and childcare, fitness, chronic disease prevention programs, or youth housing and homelessness prevention, the Y is here for all. Last year, thanks to your service, generosity, and dedication our community is stronger. The Y is where community thrives.