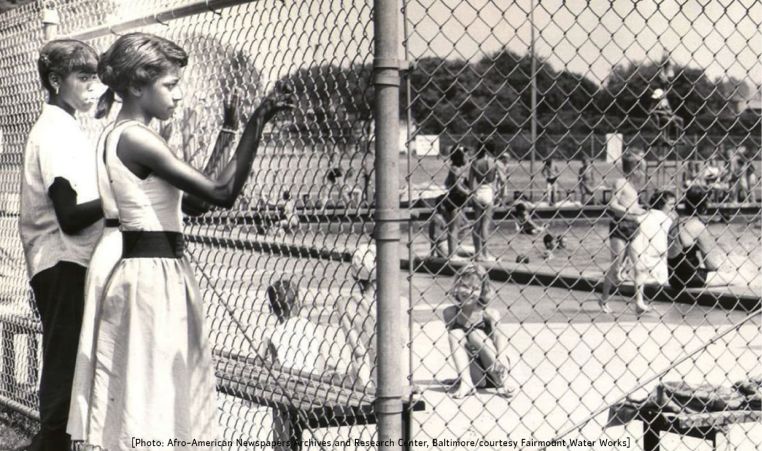 There is a stereotype in the United States that Black people can’t swim. Absurd justifications like, “they can’t float,” are used to explain a low rate of Black swimmers.  Today, 64 percent of Black children do not know how to swim compared to 40 percent of White children, according to USA Swimming Foundation. One of the major hurdles is a lack of representation in swimming, 76 percent of parents said their children would be more interested in swimming if they saw other talented swimmers that looked like them. The USA Swimming study also found that 79 percent of children in families that earn less than $50,000 a year do not know how to swim.

Communities with high rates of non-swimmers also experience higher rates of drownings and near drownings, a leading cause of preventable death in children four-years-old and younger. Between 1999 and 2010, the unintentional drowning death rate for Black people was significantly higher when compared to White people. The highest disparity is among children between 5 to 18-years-old, where for every White child who drowns, 5.5 Black children drown. Why is this happening? Why are there so many Black youth in this country who do not know how to swim? The issue is rooted in systemic racism that exists in our country, which creates privilege and economic advantage for White people at the expense of others.

Before 1965, Jim Crow laws mandated racial segregation of all public facilities, including bathrooms, drinking fountains, public transportation, and swimming pools in the southern United States, and beyond. “Separate but equal” was the furthest thing from the truth. When they existed, facilities for Black people and other people of color were inferior to those reserved for White people.

With the passage of the civil rights act in 1964 segregation was outlawed, but systems of racism adapted to the change and took other forms. White Americans fled cities and moved to suburbs, and with them they took away municipal public pools and replace them with suburban private pool clubs. The private clubs did not have to follow the same rules as public pools and were allowed to control who would be admitted.

Before the White flight to the suburbs, approximately 1,200 private swim clubs existed in 1950. By 1962 this number had exploded to 23,000. The swim clubs offered both swim lessons and competitive swim programs. Future Olympian Lance Larson, and denied Olympian Ester Williams (World War II forced the games to be canceled), would hone their skills in these programs.

It was much more likely and easier, if you were White, middle-class, and grew up in the suburbs, to have a pathway to becoming a competitive swimmer than if you were not.

As a Black person, I was fortunate to learn to swim as a young child growing up in Maryland. I remember my family telling me the story of how my dad felt it wasn’t enough for me to wear a life vest while on the boat, I needed to know what it felt like to be in the water wearing one. I was 5 years old when he and I exited our boat on a small creek near the Chesapeake Bay. 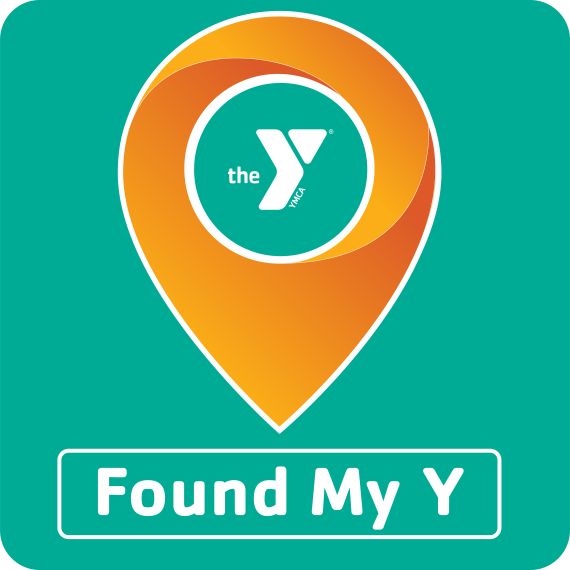 He taught me how to recover from falling into water and make it back to the edge of the boat.  I trusted him, he showed no fear of the water and he taught me to have a healthy respect for its power. I spent many of my childhood summers on that creek.

I went on to take formal lessons through the YWCA in Baltimore and proudly acquired my Red Cross Swimming Certification cards. By the time I turned eleven, I was an immediate swimmer. During the summer I attended a YWCA day camp (back then girls and women were not allowed to go to the YMCA) which focused on swimming.

Our classes took place in Druid Hill Park, and we swam in Municipal Pool #2. The City of Baltimore closed the pool to the public by that time as a manifestation of systemic racism, but through an arrangement between the city and the YWCA, we were able to use it for the day camp.

Pool time was twice a day, with a lesson and then open swim. The best days were when your lesson and free swim happened back-to-back. The pool had fallen into disrepair with cracks in the deep end wall.  During free swim, my friends and I created a game we called, “visiting the sea monster” because of the bubbles that were produced by the cracks. We would surface dive down to the bottom of the pool to visit the monster challenging each other to stay under as long as possible.

The following winter and spring, I swam at the Downtown Baltimore YWCA on Saturdays, as a part of a program called ‘The Saturday Special.” It was a multi-week program in which you selected classes from a menu of offerings which included swimming and synchronized swimming. I spent the whole day at the YWCA.

It was an amazing learning opportunity for me to try new things that I was interested in, I was so excited when I was finally old enough to register for synchronized swimming. I had always wanted to propel out of the water like a dolphin and I discovered through repeated failed attempts that the only way this was going to be possible, I thought, was with the help of others through synchronized swim movements.

On the first day of class I reported to the pool deck wearing my swim cap (I’m sure I was also wearing a big smile) and I soon realized I was the only Black girl in the class.

The instructor walked over to me and said, “This is beginning synchronized swimming, you must know how to swim to participate.” I proudly said, “I can swim, I’m an immediate swimmer.”  She then told me I could not wear a swim cap and instead had to wear a pink mesh cap which had a sequin sea star sewn on it.

I looked at the tiny cap and knew my long thick textured hair would not fit in it when my hair was dry, let alone when it was wet. I told her that my mother said I had to wear my swim cap.

The instructor said, “Well you cannot participate in this class if you do not wear the mesh cap, after all you all have to look the same.”

I could feel the other girls staring at me, as I left the pool deck never having entered the water. It was too late to register for another class in that time slot, so for the duration of the session I found things to do in the break lounge instead. 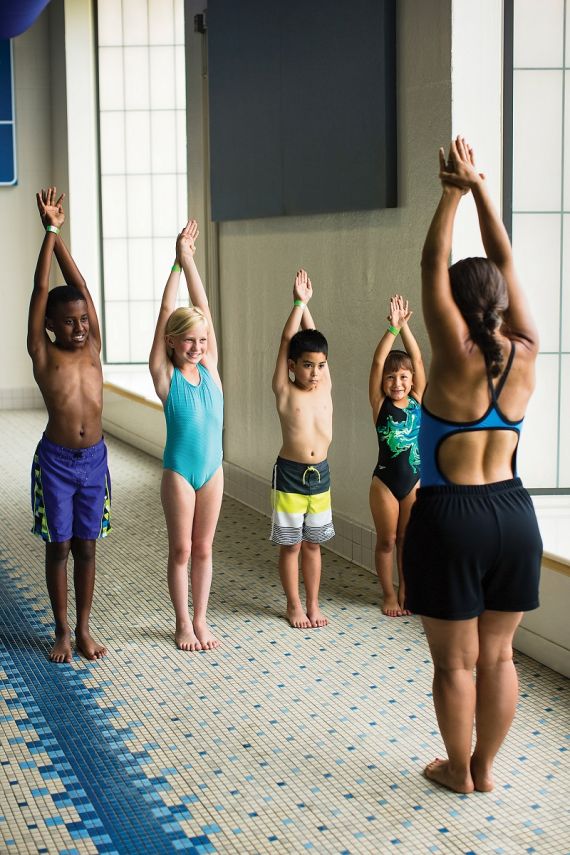 As a teen I continued to swim throughout high school, and while I never participated in synchronized swimming, I did accomplish my goal of being propelled up through the water into the air with the help of my friends.

Today, I take the life lessons I learned during my formative years in Baltimore and apply them to my work in Seattle with the YMCA, to create more equitable and just outcomes for youth outdoors. All year, our team works to advance equity and justice for all, and I am proud to say no child has to ever hear any of the things I heard growing up, and no child is turned away from participating.

During Black History month we invite you to learn more about our work around youth empowerment and water safety. From Black hair care for swimmers to a healing circle as a space to process and help heal from a drowning-related loss. Through our Safety Around Water program, we provide low cost and free swim lessons to qualifying children and their parent/guardian, and everyone is invited to register for a swim class. Unintentional drowning death is preventable. The YMCA of Greater Seattle is committed to changing the statistics.

Robin Chiles is the Senior Program Director for Equity and Justice in the Outdoors, with the YMCA Youth Development Center of Excellence. Robin also serves as the secretary for the YMCA African American Employee Resource Network, an internal group at the Y for staff, and can be reached at aarn@seattleymca.org

Found My Y is an occasional series of reported stories and personal essays from the people in and around the Y who weave the fabric of our communities. From sharing fun anecdotes of levity to the grand moments when we learn something bigger about ourselves, stories are our history and a gift. Have a story to share, or want to nominate someone for our next installment, e-mail us at pr@seattleymca.org with the subject line "Found My Y."

At our core, we believe all children deserve equal opportunity to learn, grow, and thrive. Join us!