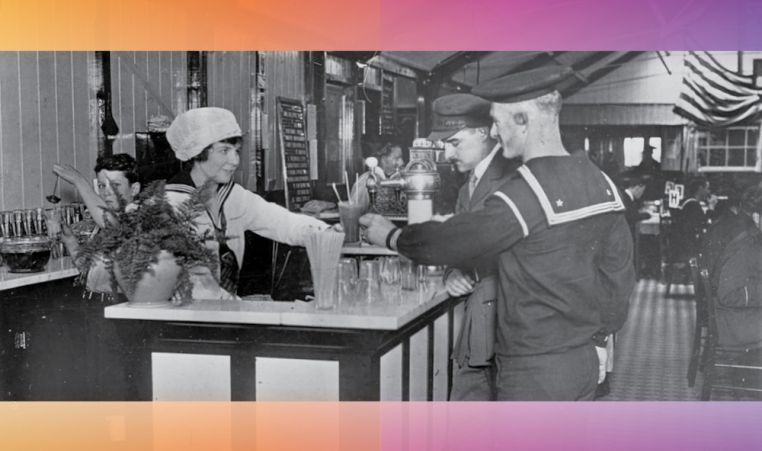 During the pandemic, the Y has been on the frontlines, organizing to best support our community in meals, housing, rental support distribution, counseling, and more. During this global crisis, the Y of Greater Seattle was led by President & CEO, Loria Yeadon, the first woman and first person of color to serve as CEO in the 143-year history of the YMCA of Greater Seattle.

Throughout the history of the Y, it has been a place for people to reach their fullest potential in mind, body, and spirit. The Y in Seattle was actually founded by a group of young Seattle pioneers including Catherine Maynard. Their vision was to create an organization which would build strong kids, strong families and a strong community. Since then, the Y has adapted, grown, and changed, and that growth can often be attributed to the strength, knowledge, and community commitment of women in the Y movement.

During World War I (1914-1918) the YMCA hired an impressive 5,145 women workers to operate canteens for service members at home and abroad. The women workers held positions from radio operations to meal counter service. Distribution of meals was particularly difficult to achieve in France and Italy and the women successfully fed thousands of people and operated home bases for soldiers on R&R. As the war was ending, the Y took on war relief for both refugees and prisoners of war on both sides and worked to ease the path of African American soldiers returning to the segregated South.

At the close of the war, the Ys began to change. Sixty-two percent were admitting women, and other barriers began to fall one after the other. People from all races and religions were welcomed at all levels of the organization. The rapidly expanding suburbs drew the Ys with them, abandoning the old residences and downtown buildings that no longer were efficient or necessary.

The Y of Greater Seattle then made its shift to supporting women and families by providing childcare designed to empower the next generation and allow women to join the workforce. Today, the Y of Greater Seattle celebrates our 52 percent female leadership,  leading us through one of the toughest times in modern history.

Refusing To Be Silent

Join the Ys Women’s Leadership Resource Network (WLRN) on March 8 (International Women’s Day) for a virtual experience to connect, empower, and grow alongside your Y colleagues!

Women’s history month is about how far we have come in terms of gender equity, but also how far we have left to go. At the YMCA of Greater Seattle, we are excited to continue to work to close the gender equity gap the best way we know how, by celebrating our organization’s new President and CEO, Loria Yeadon. In addition to her extensive higher education and professional resume, Loria will also become the first woman and the first person of color to lead the Y of Greater Seattle in our 143-year history.