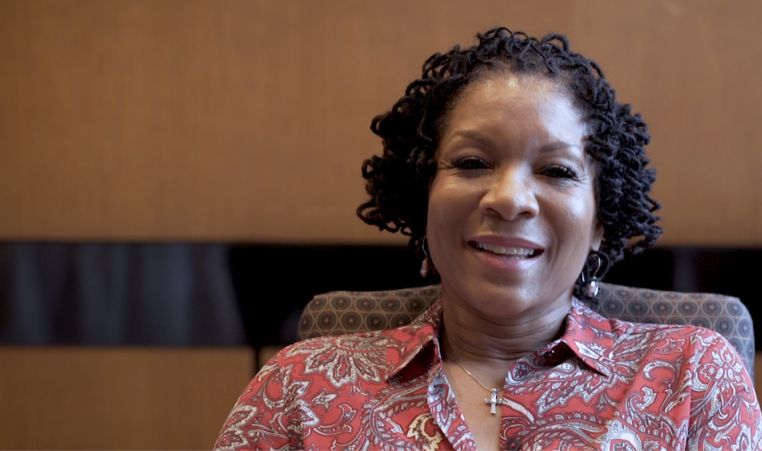 SEATTLE, WA - The Y is proud to announce the appointment of Loria Yeadon as the President and CEO of the YMCA of Greater Seattle. Loria is an accomplished corporate and nonprofit leader with 30 years of experience and demonstrated commitment to serving the community. She was selected after a five-month nationwide search and will succeed current President and CEO Bob Gilbertson who previously announced plans to retire later this year.

With this appointment, Loria Yeadon will be the first woman as well as the first person of color to serve as CEO in the 143-year history of the YMCA of Greater Seattle. And Loria will be the third woman and the only woman of color to lead one of the largest 20 YMCAs in the United States.

“The search committee worked hard to find someone who could build on the incredible foundation laid over the last 12 years and take the organization to the next level in operations and community impact,” said Tom Hull, past Board Chair and CEO Search Committee Co-Chair. “We are confident Loria will bring exactly what the community and the organization need. We are inspired by her vision and excited about what our Y will become with the benefit of her leadership.”

Loria Yeadon brings to the Y the unique experience of a successful business executive who has invested deeply in non-profit leadership on issues core to the Y’s mission, serving youth and families. Yeadon previously served as the Chief Operating Officer of Stolen Youth, an organization dedicated to ending sex trafficking in the State of Washington. She currently serves on the National Board for Girl Scouts of America and on the Board of Legal Momentum, The Women’s Legal Defense and Education Fund. In her business career, Yeadon served as Executive Vice President and General Manager of the Transportation Business at Intellectual Ventures and before that served as CEO of Honeywell Intellectual Properties, Inc. Trained as both an engineer and an attorney, Yeadon received a Bachelor’s of Science in Electrical Engineering, with distinction, from the University of Virginia, a Master’s of Science in Electrical Engineering from Georgia Institute of Technology, and a Juris Doctorate, magna cum laude, from Seton Hall School of Law.

Loria Yeadon said, “I am humbled and thankful for this privilege. I’m anxious to lock arms with the team to drive sustainable systems change with a renewed focus on serving all people in our region on their journey to reaching their full potential. Together, we will visualize the future we’d like to see in the Seattle area, build on the Y’s foundational systems and incredible people, and do the work to realize that vision. As one Y, I believe we can create the future we want.”

The YMCA of Greater Seattle is the Northwest’s leading nonprofit organization strengthening communities through youth development, healthy living and social responsibility. Founded in 1876, the Y reaches more than 253,000 people of all backgrounds, abilities and financial circumstances annually through 13 branches, two overnight camps and more than 200 program sites throughout King and south Snohomish counties. It nurtures more than 142,000 kids and teens to develop their gifts and give back to our community and engages nearly 23,000 volunteers who contribute more than 372,000 hours of service each year. Visit seattleymca.org

Affordable Options for All

The Y is committed to helping everyone achieve their potential. Financial assistance is available for those needing assistance in paying for the full cost of a YMCA program or membership.

Find the Y in your neighborhood. Don't forget, though, every Y is your Y. You have access to all Greater Seattle Y branches.