New Clerk for the U.S. Court of Appeals Mohammed Jagana Reflects on His Transformative Years in YMCA Youth & Government

New Clerk for the U.S. Court of Appeals Mohammed Jagana Reflects on His Transformative Years in YMCA Youth & Government 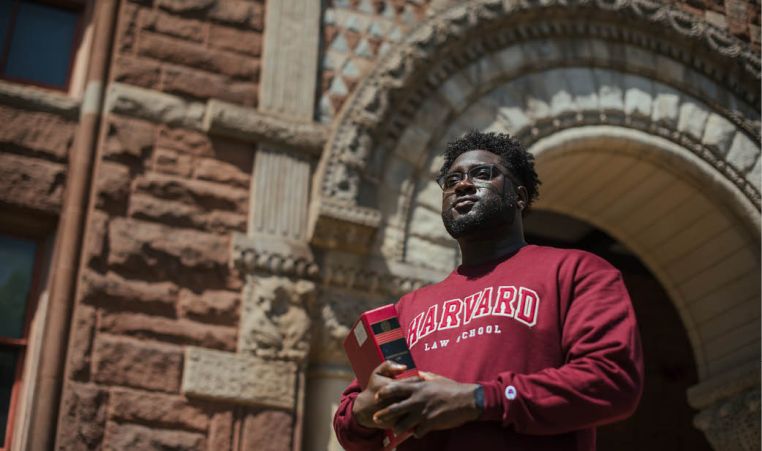 As a soon-to-be clerk for the United States Court of Appeals for the Ninth Circuit, Mohammed Jagana clearly remembers getting his start in law and government in his middle school gymnasium.

As an 8th grader at Washington Middle School in Seattle, one day Mohammed was playing hoops with some friends when YMCA director Danny Cage approached him about joining the Youth & Government program.

“I was pretty outspoken in middle school,” Mohammed recalls. “I was really extroverted, looking for leadership activities. I did Coyote Central, I was in the performing arts. I was a Mayor’s Scholar. I did leadership conferences.”

Mohammed accepted Cage’s offer, and now a decade later he’s very glad that he did.

Youth & Government presented Mohammed with the chance to champion issues that were important to him, and a chance to learn about politics and law from an insider’s perspective.

“In Youth & Government, I learned oral advocacy, how to persuasively articulate a topic for an audience, how to break down complex issues for discussion… The more you learn about government and the law, the less intimidating it can be.”

As an 8th grader, Mohammed’s political priorities were pretty specific. He took advantage of the youth legislature to argue for bringing his favorite snacks to school vending machines. By the end of high school, he became aware of the broader impact he could have in his community through his active presence in governmental and legal environments.

“I realized I could affect change for the most vulnerable communities around me, providing legal resources to those who didn’t have easy access to those resources. I began to see how I could be a changemaker in society.”

Mohammed made it a priority to recruit other Youth & Government students from Seattle’s ethnically diverse Central District. He wanted all students to have a voice in government.

He also took on increasing responsibility within the program. After he won the role of Postmaster General, in the Youth & Government mock legislature during 8th grade, he went on to hold that position throughout high school. Mohammed also represented his fellow Northwest students at The YMCA Youth Conference on National Affairs, a nationwide event where he connected with students from dozens of other states and Washington Governor Jay Inslee.

A significant part of his work as a Youth & Government leader was paving the way for new students to rise through the ranks. “I oversaw the Page program with more than 100 new 8th graders each year, their first entry [into the program]. I wanted to create a warm, inviting experience for these students, like the experience that I had.”

When Mohammed graduated from Garfield, a desire to explore New York City inspired him to enroll at St. John’s University. While there he took advantage of more opportunities, including participation in the Justice Program at the Brennan Center for Justice, and internships with international law firms.

From St. John’s, Mohammed accepted a Fulbright Scholarship to teach English and conduct research in the Netherlands for a year. Shortly thereafter, he began enrolled at Harvard Law School and the Harvard Legal Aid Bureau where he focused on providing free legal aid to those threatened with eviction in the Boston metropolitan area.

Mohammed says he’s grateful for all the opportunities that arose from Youth & Government, and he is particularly appreciative of all those who support the program with their hard work, volunteer time, and generous donations.

For his part, Mohammed says he’s committed to connecting with those students in the Seattle area who might want to make a difference through law and government. What message would he share with these teens? “Reach out to program alum, or reach out to the local YMCA to ask questions.” he said.

Building relationships is important in all industries, and particularly in the close-knit legal world, he reports.

As for one final piece of advice, Mohammed drew from his own experience, “Take advantage of every opportunity.”

Investing in young people, particularly those who are farthest from opportunity, is key to advancing equity and justice and building whole person health for all.