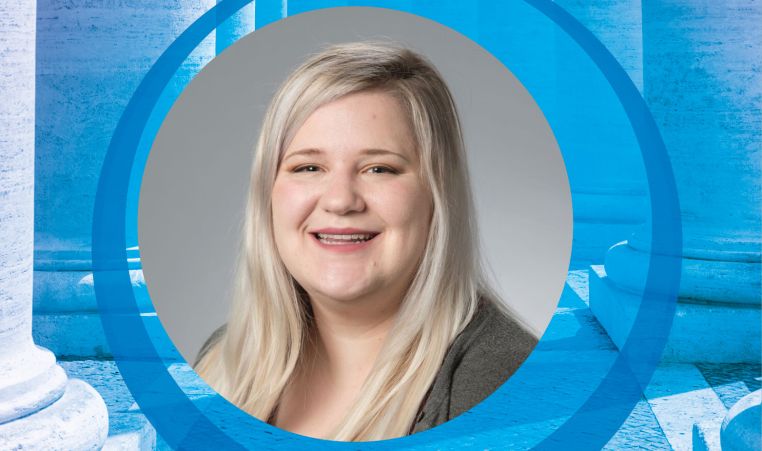 My name is Emily Lake, I am the Program Director for YMCA Youth & Government and this is my YAG story!

Back in high school, my friend convinced me to go to a Youth and Government meeting at the Shoreline YMCA (prior to relocating to Dale Turner Family YMCA) not because we were interested in government, but because our school offered community service hours (a requirement to graduate) for being a part of the group. Little did I know at the time that this program would so heavily impact my life. That year, I wrote my bill and practiced research, debate, and public speaking with my delegation. I remember walking into the State Capitol for the first time and feeling an incredible sense of wonder, awe, and like this was where I was supposed to be. I fell in love with Youth and Government. It was so much more than just community service hours!

After Session ended, I couldn’t wait for summer to be over so that we could start up the delegation again in the fall. I ran to be delegation leader and won. Every week my fellow delegation leaders and I would teach other students about the legislative process, how to find their voices in speech and debate, how to navigate WACs and RCWs and that their opinions and thoughts on policy are valid and respected. During my time as a delegate, I served in many roles and attended the Conference on National Affairs twice.

Youth and Government ignited this sense of purpose, confidence, and belonging into my life. After graduating, I went on to the University of Washington to get a double major in Political Science and Law Societies and Justice (also a minor in Human rights!) Even though I was busy with college, I couldn’t stay away from Youth and Government. I returned to be a volunteer advisor with Dale Turner Family Y Delegation to give back to the program that meant so much to me. Service to our community is one of the most important traits that Youth and Government taught me. This has been recognized by many who interact with me and by the University of Washington who awarded me the Sharon S. Redeker award for Public Service.

Throughout my life post-graduation, I have found that I just can’t leave this program. It wasn’t until later that this all made sense – it’s in my blood! I learned that my grandfather also participated in Washington Youth and Government during the third annual Youth and Government Session as a delegate from Port Angeles. In 2020, I was hired as the Program Director. It is such an honor to serve the state in this capacity.

Youth and Government is so critical in our community. Not only does it give teens a model of hands-on civics education, but it also teaches them that their voices are valid and important and that they have what it takes to make change in our community. During YAG students are able to think critically about issues facing our society, develop their own opinions on them, and debate in a respectful manner. These teens are true leaders and are capable of impacting our communities in the best ways.

Thank you so much for taking the time to read my story and for the involvement that you have had with this organization. If you haven’t already, please consider giving a donation to Youth and Government. A meaningful donation could mean that a teen could participate who otherwise wouldn’t be able to. Donations for Youth and Government go directly towards scholarships as well as meaningful experiences for the teens.