Black History and the Role of the Black Vote

Black History and the Role of the Black Vote 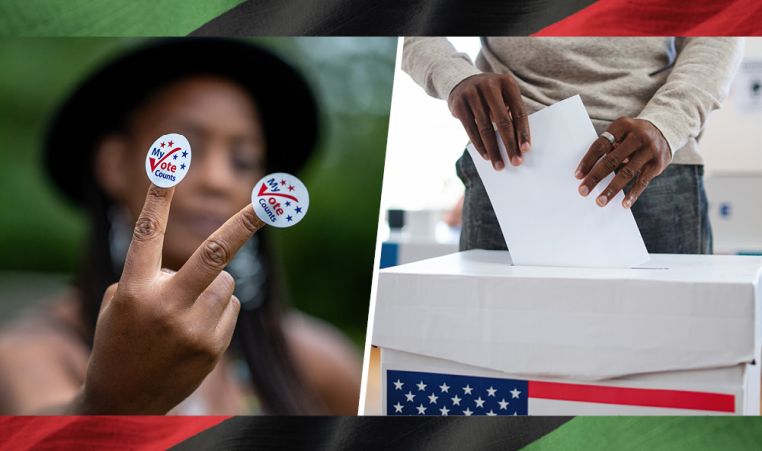 2020 is not an anomaly. Black voters have been one of the most stable voting blocs in the U.S. The current state is a far cry from the long history of voter suppression and illegal tactics designed to disenfranchise Black voters.

In fact, some of the most egregious acts against peaceful protesters were the result of the ongoing cries for equal voting rights for African Americans.

In 1961, the Southern Christian Leadership Council (SCLC), led by Reverend Dr. Martin Luther King, Jr., staged demonstrations to attract national attention to pressure the U.S. government to protect African American’s constitutional right to vote. Despite the Fifteenth and Nineteenth Amendments, southern voter registration boards used poll taxes, literacy tests, and other voter suppression tactics to deny Black Americans their legal right to vote. Blacks in the south risked physical violence, harassment, and intimidation when they tried to register or vote. As a result, very few southern African Americans were registered to vote and had very little political power. For example, in 1960, only five percent of eligible black voters in Mississippi were registered to vote.

The Voting Rights Act of 1965, which charged the federal government with helping disenfranchised African Americans regain the right to vote in the South, grew out of public and private protests orchestrated by Dr. King. For the first three months of 1965, Dr. King led peaceful protests across the south demanding equal rights to vote. These protests culminated with the Selma to Montgomery March on March 7, 1965, also known as “Bloody Sunday”, where over 600 peaceful protesters were met with a violent attack and sent to prison. The march and the resulting violence gained national attention and was the impetus for President Lyndon B. Johnson to send the Voting Rights Act to Congress less than 10 days later. The resolution was signed into law on August 6, 1965 and had an almost immediate effect. Between 1965 and 1968, the number of Black state legislators and members of Congress rose from two to 160 and over 60 percent of eligible Black voters were registered to vote in previously disenfranchised states like Mississippi.

While there has been a great deal of progress in recognition and empowerment of Black voters, efforts to suppress and disenfranchise Black voters still continue.

Today, we see suppression efforts in the form of purging of the rolls, moving polling sites to hostile locations, shutting down polling sites, and making it harder for people to register to vote by imposing new eleventh-hour requirements. Often these efforts tend to impact and burden certain people more than others - Black voters, Latino voters, Native Americans, students, and others. Activists like Stacey Abrams, Black Voters Matter, and many others have worked hard to ensure that every American can exercise their legal right to vote. As we have seen with the 2020 election, voting rights are essential in establishing the will and restoring equal democratic power to all people.

Black Women on the Hill

In Washington State, Black women tripled representation at the statehouse to six and retained Marilyn Strickland in the US House of Representatives. This panel discussion will acknowledge and celebrate the role of Black women in politics and the importance of the Black vote and drive a robust discussion on goals of what they hope to accomplish in office to unify and heal our country and help families in crisis recover, sustain and thrive.