You Make the Y

You Make the Y 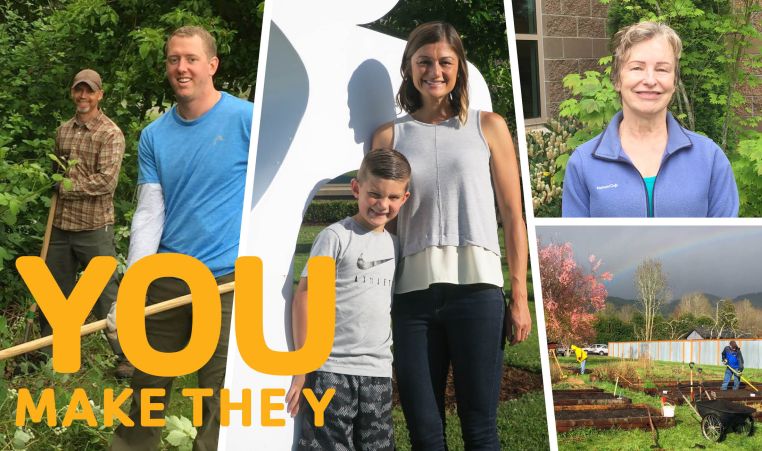 All this week we are featuring program areas that are funded by the Snoqualmie Y's Annual Fund, a fund that is entirely funded by you, our members and donors that help people in our community live happy and healthy lives. Thousands of people in our area have benefitted from the programs our Y funds including Pedaling for Parkinson's, PlayEVERYDAY, Community Garden and scholarships for Y Camp.

Each day this week we'll be profiling a program area to show you the incredible work the Y is doing with your support! 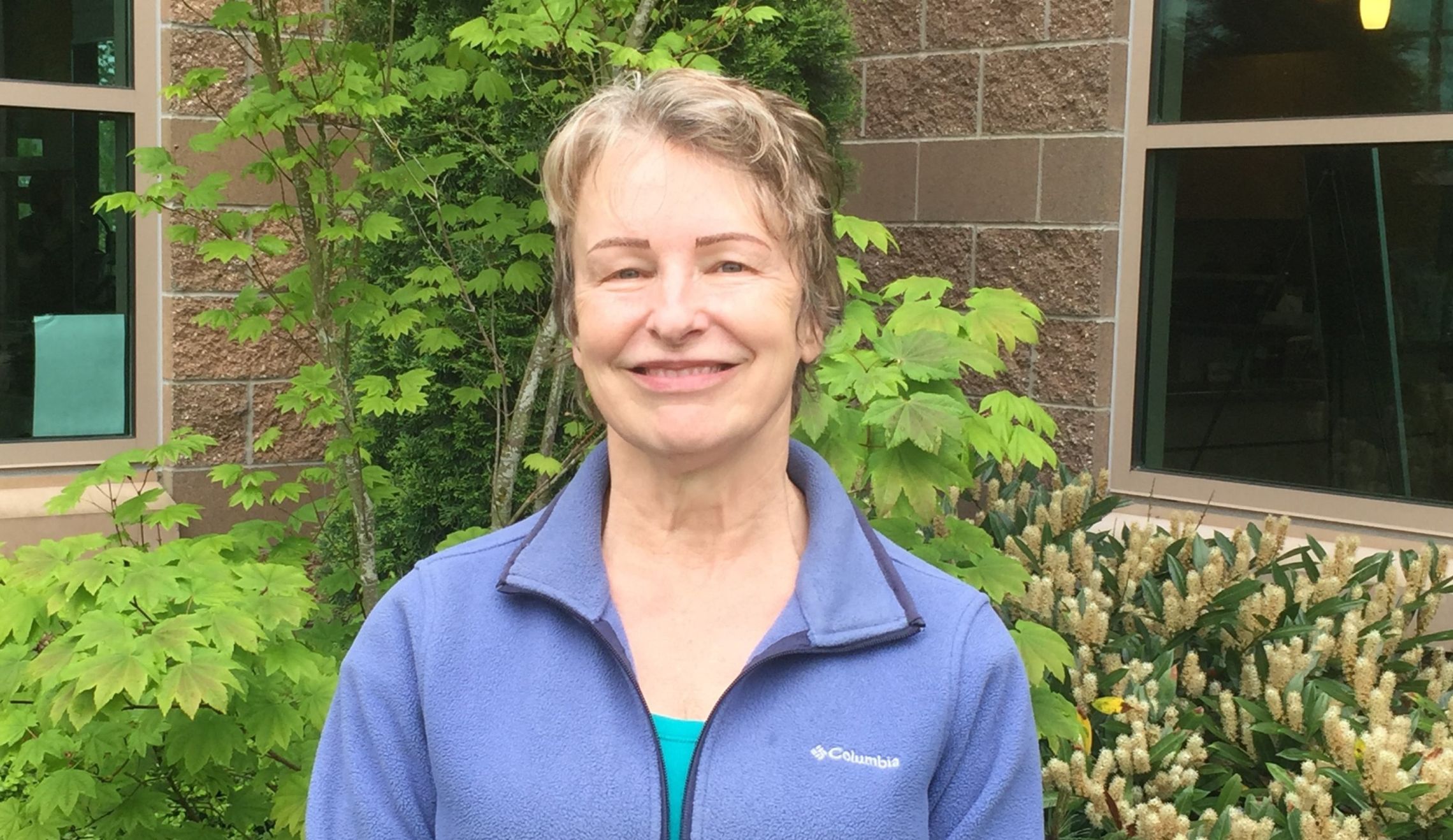 Michele became a Y member in April because of the Pedaling for Parkinson's program. In 2014, Michele went to the doctor for a tremor, and at age 59, she was diagnosed with Parkinson's. Feeling a little lost with her new diagnosis, Michele went online and discovered that cycling was a great way to help slow the symptoms of Parkinson's disease.

Michele fell in love with the Y. The Pedaling for Parkinson's class gave her a sense of community around people with the same diagnosis and a desire to take good care of their bodies. Michele gave this advice, "Find an exercise community, a place where you feel comfortable. Force yourself to go even if it's hard at first."

Michele's passion for the Y ignited when she decided to take a job as Member Engagement Representative at Snoqualmie's Member Services.

Michele's life has been improved by not only this program, but by becoming a member of the Y community. When she's not at the Y, Michele enjoys gardening, spending time with her horse and golden retriever puppy and cooking dinner twice a month for Tent City.

Programs like Pedaling for Parkinson's wouldn't be possible without you. Thank you. 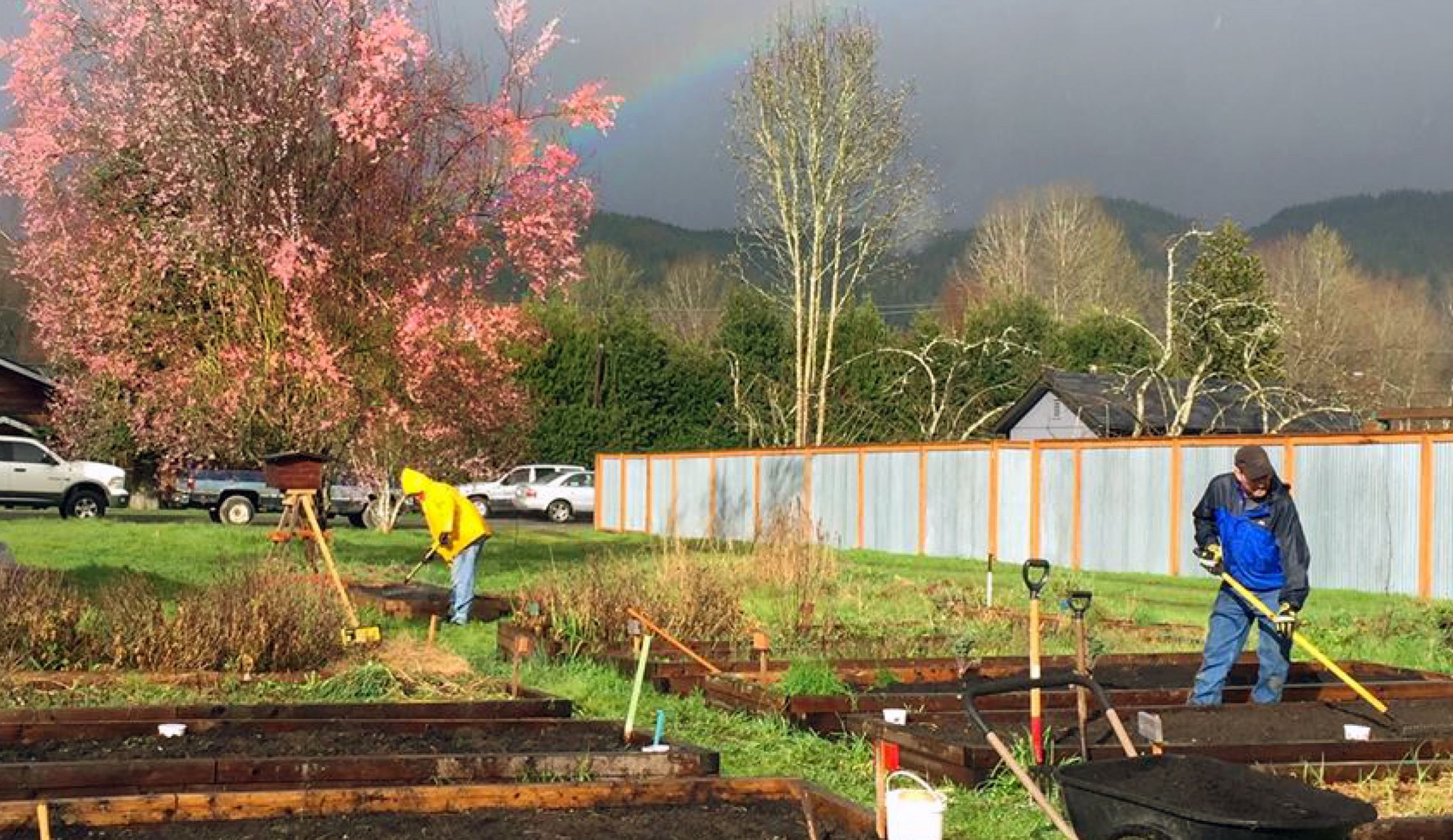 Jonas Means is hardly new to the Y. In addition to serving on the Snoqualmie YMCA Board, he has been actively volunteering with his daughter at our Community Garden for two years. He was also involved with the Y as a volunteer when he was a child.

The benefit of working in the Community Garden is twofold: Jonas has the opportunity to teach his daughter the benefits of giving back to the community and gardening, but it also provides food for the food bank, which is then distributed to families in need of fresh produce.

Jonas said, "My parents taught me at a young age about the power of giving back and I want to pass that on to my daughter. Personally and professionally there is no better way to be successful than to give, give, give!"

When asked what Jonas' favorite volunteer memory was, he had trouble naming just one. "My favorite memory is really just meeting so many fascinating people from all walks of life. It is a pretty cool feeling to walk into Safeway and see someone you planted tress with or someone from the food bank who remembers you delivering produce to them."

Programs like the Community Garden wouldn't be possible without you. Thank you. 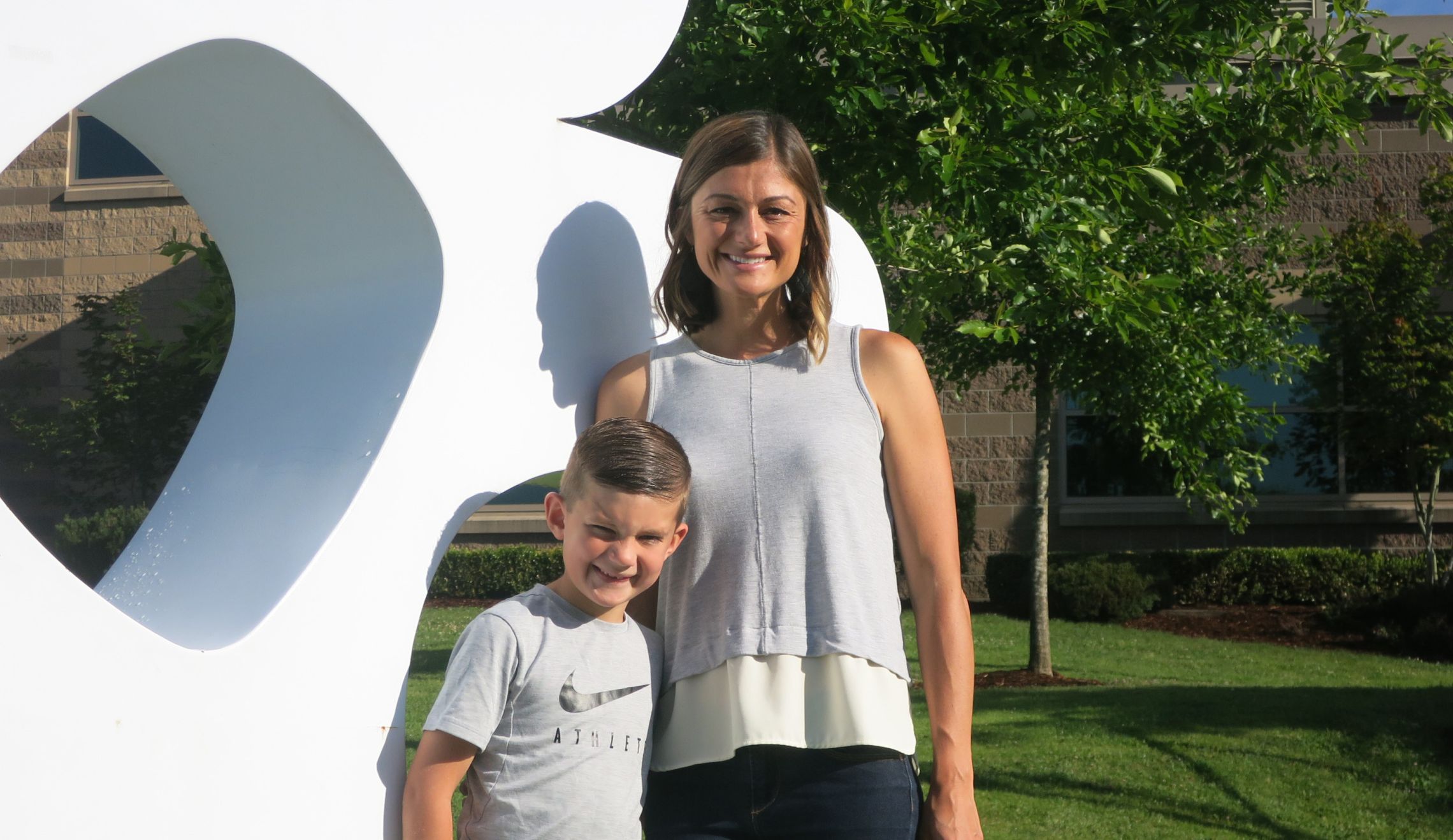 – we also offer a wellness program at local schools on the Eastside called playEVERYDAY to help youth choose to lead more active lifestyles.

At Miranda’s son Max's school, Dalton from the Snoqualmie Valley YMCA visits twice a week to teach games, sportsmanship and play games with kids at recess. Max and his friends look forward to what Dalton teaches them each week and play the games he teaches them even when Dalton isn’t around. An added benefit to the program is that it includes all kids, which helps them get to know each other outside of the classroom, resulting in life-long friendships.

Miranda said, "I love that my son is excited to go to school. Max and his buddies would race to recess to see Dalton. It keeps so many kids active and playing. Developing a passion to play outside is something they can carry throughout the rest of their childhood."

Programs like playEVERYDAY wouldn't be possible without you. Thank you. 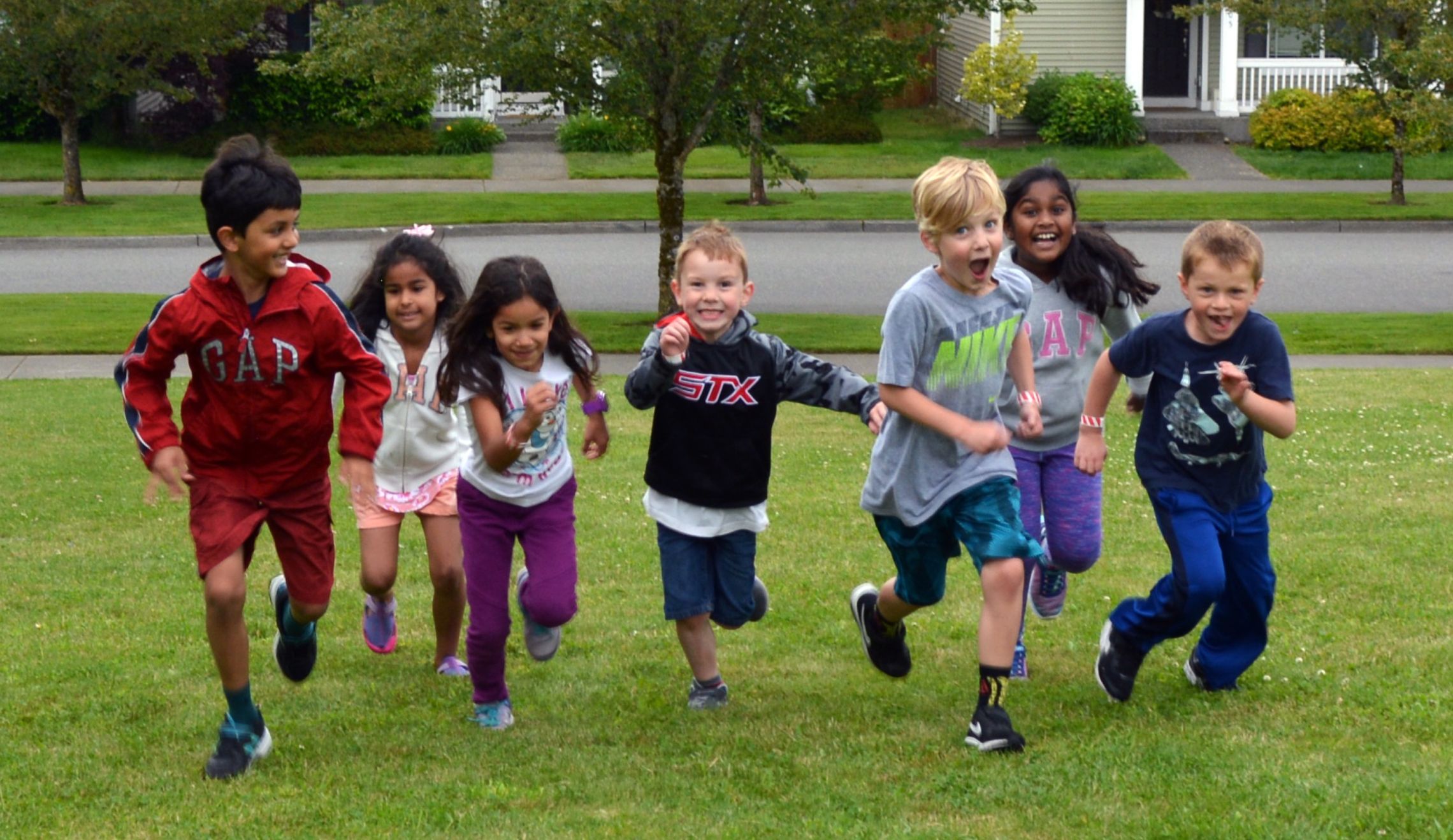 Sarah and her two boys, Cody (8) and Matt (5) moved to Snoqualmie from Michigan four years ago. A single mom, the family immediately joined the Y so Sarah could work out and participate in Parents Night Out. Before joining the Y, Sarah had never left her boys with a non-family member. However, she felt confident that the Y was a safe place for her kids to be, and let them play in the Kid Zone so she could work out.

Since then, the boys have also attended summer camp and the after school child care program at Opstad Elementary. At summer camp, Cody enjoys seeing his friends and being involved in a variety of activities. He loves being outdoors and going on field trips. Sarah appreciates YMCA camp and after school care because she says the staff know her kids. “The quality of care is better than one person can provide,” she says. She previously used a babysitter for childcare, and had an unreliable experience.

She also appreciates that the Y has financial aid. As a single parent, she feels it is almost impossible to live on the Eastside and not ask for assistance. If the Y didn’t offer financial aid, Sarah says she doesn’t know what her family would do for summer and after school care.

In their free time, Sarah and her boys like playing “tourist,” and going to local beaches, on hikes, to parks and play grounds. They enjoy living in the Pacific Northwest, and feel connected here thanks to the YMCA, the neighbors and their schools.

Camp scholarships wouldn't be possible without you. Thank you.