Why Work for the Y: Kelly's Story

Why Work for the Y: Kelly's Story 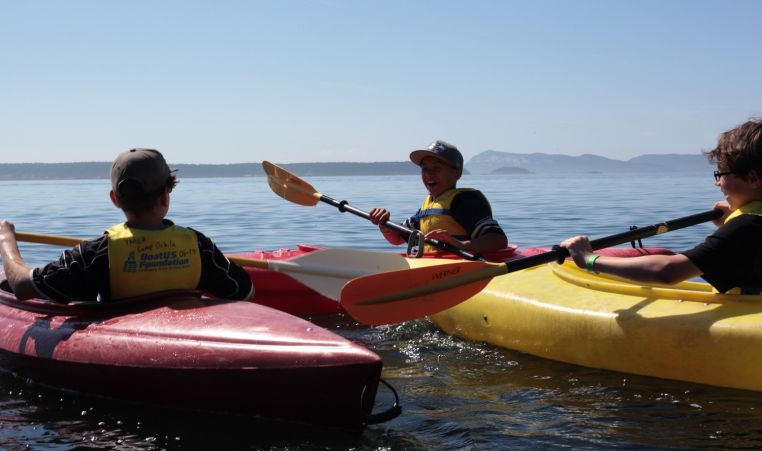 Kelly Martin started her journey with the Y almost 40 years ago when she got on the bus headed toward Camp Orkila for her first session at camp. Little did she know, but Camp Orkila was going to change the direction of her entire life.

After her first four years as a camper, things changed for Kelly. "I was diagnosed at the age of 11 with Type 1 Diabetes." Kelly said, "This was in 1984 when treatment and technology were nowhere near where they are today." Thanks to the staff at Camp Orkila, Kelly was still able to go to Camp during a diabetic session with medical professionals on staff. "After going on campouts, eating S’mores, and being a "normal" camper I came home feeling for the first time like “I got this” and that I would be able to do all the things I wanted to do. It was my first lesson in managing my diabetes instead of it managing me.", Kelly remembers.

Years later, after her family had moved to California, Kelly developed an eating disorder. But each summer, she was still back at camp. "It was the one place that I was fully accepted for being myself. I didn’t have to look or act a certain way. I could be goofy sometimes, serious other times, and experiment with sharing my thoughts and ideas – really figuring out my own beliefs and values."

Kelly's passion for camp didn't stop in adolescence. It only grew stronger. In college, she decided to study recreation because of the impact camp had on her and other kids. She even married a Y Camp director and has two kids that grew up to be camp counselors. Kelly has grown with the Y and is now the Youth Development Quality Director for the YMCA of Greater Seattle.

Y Camp is a magical place for kids to explore, build friendships and find out who they are. The same is true for Y staff. Spending your summer working for the Y means you're putting your energy in making the world a better place and building a career for your own bright future.

Summer Jobs at the Y - Why Work at Camp?

What Kids Gain From Summer Camp