Taking Action in Honor of MLK Day of Service

Taking Action in Honor of MLK Day of Service 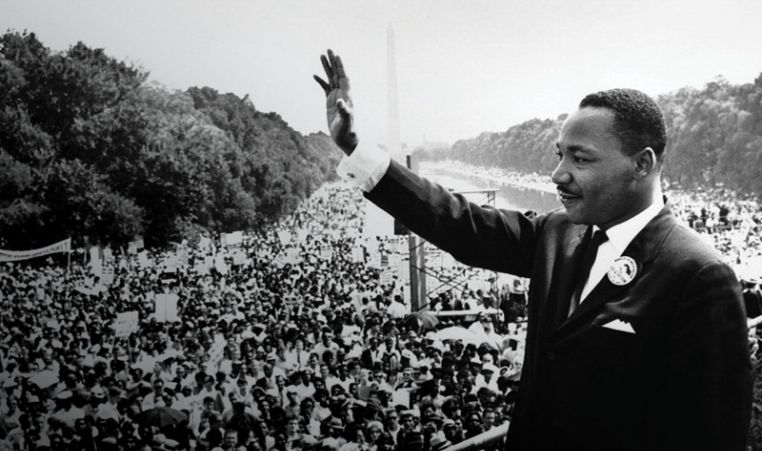 The Y has always been a community caring for community, and we are proud to have committed and inspiring leaders from all walks of life, including Black, Indigenous, and People of Color, leading us forward.

What would later become the origins of  Black History Month originated at a Chicago Y. Malcolm X, Andrew Young, and Dr. Martin Luther King Jr. all sought safe haven at the Y. A young MLK also learned to swim in a Y pool – one of the few accessible to him as a person of color — and in his final days, we supported his Poor People’s Campaign. Through this campaign, Dr. King demanded that the needs of all underserved peoples be met. The campaign was monumentally effective because it was led and organized by and for those most impacted by societal inequities.

The end of segregation did not change much on the ground. Dr. King saw that. He saw that people were free, at least in theory, but their lives were still impacted by inequitable systems and policies. His Poor People’s Campaign was a reaction to the need for equitable access to resources and opportunity. His campaign shifted the focus from pushing against laws that supported oppression to pushing against the oppression that was the root cause of poverty – and the inequitable laws and systems that forced people into cyclical generations of poverty.

Through collective organizing, the community was able to secure employment and housing, and this campaign centered on equitable access to nutritious food. Their efforts were pivotal in establishing food stamps (SNAP EBT) and school lunches, which were inconceivable at the time, and today are a reminder of a system that needs to evolve and grow to meet escalating human need.

“I have the audacity to believe that peoples everywhere can have three meals a day” - Dr. MLK Jr.

A multicultural coalition was required to make this campaign successful. This MLK Day, we are paying homage to those efforts with a collective demonstration of mutual aid to address systematic disparities in accessing affordable, healthy foods and resources. Our MLK activities by location can be found here. Each event centers, serves, and is facilitated by community from a place of cultural humility and competency. Join us to learn and get involved in advancing the work seeded by Dr. King.

“A true revolution of values will soon cause us to question the fairness and justice of many of our present policies...” - Dr. MLK Jr.

This concept of community caring for community lives on in our lives today at the Y, and we are so grateful that our members and neighbors are coming together this MLK Day across the Greater Seattle area to address food insecurity.

On this day, the legacy of Dr. King and the impact of his campaign live on through our collective act of mutual aid. Together, we can ensure the long arc of the moral universe continues to bend toward justice.

Want to get involved? The Y is taking action year-round, and we would love your help. Join the collective effort by volunteering for available opportunities to give back.

Looking for a way to take action? Volunteer to participate in the Y's MLK Day of Service events or join us at the Meredith Mathews East Madison Y to celebrate and march with us.

Volunteer with the Y

Are you ready to start a lifelong journey of community-driven volunteerism with the Y?