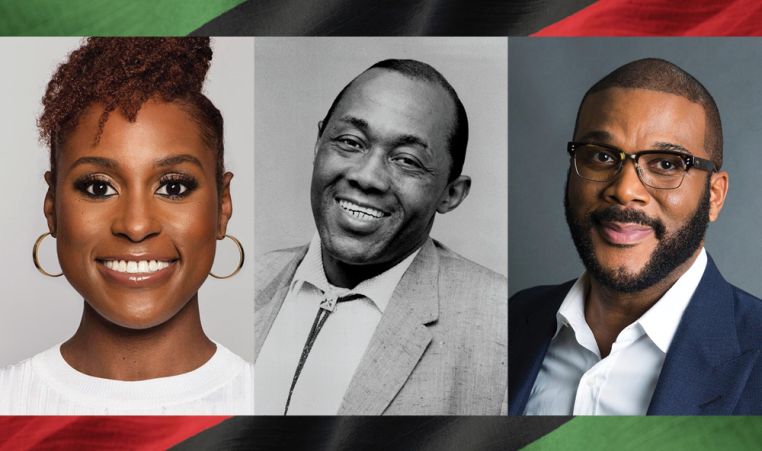 Blackness in the media has been contested for its portrayal of Black people through negative stereo-types since the development of media technology. The entertainment industry was one of the first places Black people were able to participate, but it was not equal. Performers face racism and exclusion throughout history and today is no exception. This month, we’re honoring the successes of Black people and the roles they play in bringing the spotlight to media that is consumed and dominated by non-Black folks.

Issa Rae is the first black woman to create and star in a premium cable series. Issa’s rise to fame began with a Youtube web series in 2011 called “Awkward Black Girl.” Fast Forward 10 years later and she is now and Emmy nominated actor, writer, and director!

Lincoln Theodore Monroe Andrew most famously known by his stage name Stepin Fetchit, was the first black actor to become a millionaire during the Great Depression. His fame came at a great cost, as his roles often had him playing an “old fashioned coon character” where he was lazy, lacked intelligence, and dressed sloppily. However, as the first black person to become a millionaire in entertainment it is safe to say he paved the way for many others today.
He was awarded a star on the Hollywood Walk of Fame in 1960.

Creating an Empire of Black Media

Tyler Perry is a black actor, writer, producer and director. He is commonly seen performing as Madea, a tough elderly woman character that he created. Tyler Perry has written and produced many stage plays during the 1990s and early 2000s and has also developed many television series. The Haves and the Have Nots is one of his most successful scripted series on the Oprah Winfrey Network. Tyler Perry has also been included in Time magazine’s of 100 Most In-fluential People of 2020.