Meet Futsal, The Indoor Sport Your Kids Will Love

Meet Futsal, The Indoor Sport Your Kids Will Love 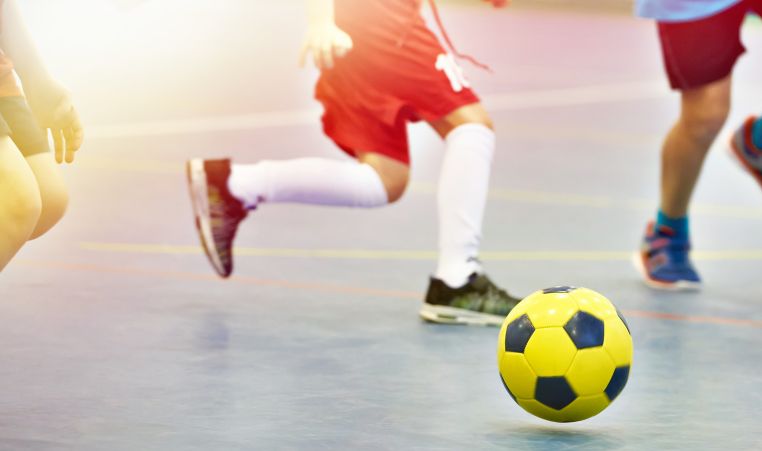 Futsal begins with the Y

Despite being around since the 1930s, odds are that you may not be familiar with the increasingly popular sport, futsal. Created by Juan Carlos Ceriani in the South American country of Uruguay, futsal came from the desire to create a recreational sport to utilize easily accessible YMCAs, which often had indoor courts due to our longstanding history with basketball.

When futsal was first created it was often referred to as mini soccer as well as five-a-side. In the 1980s, the need to differentiate from soccer arose resulting in Alexander Para’s creation of the name, futsal, a sport formally recognized by FIFA, the international governing body of football, futsal, and more.

Quite a bit! For starters, futsal cuts your typical soccer team size by over half by including only 5 players on each team instead of 11, hence why the name five-a-side was initially used to refer to the game. Also, because futsal was created specifically to be played in smaller, indoor spaces such as a basketball court, the futsal ball is slightly smaller, heavier, and has less bounce than your average soccer ball.

When it comes to gameplay, because there are only 5 players (including a goalie) on each team, positions tend to be less structured as players must move quickly, work together, and often switch places in order to score goals against the opposing team. Unique to futsal, there are also unlimited, on the fly substitutions. Lastly, there are no offsides, unlike soccer, and goalies are only allowed to throw, not kick, the futsal ball when starting. These differences typically mean that players get more opportunities to interact with the ball and score goals, making futsal a great sport for children and players who are eager to get their feet on the ball!

Make no mistake, for a sport that is quite young compared to basketball, soccer, or even American football, futsal has gained a passionate following with massive regional, national, and global futsal tournaments taking place each year. Not only does the indoor sport encourage collaboration and versatility, but players of all ages love the increased opportunity to dribble, kick, and score during the quick, 40-minute matches.

Don’t just take our word for it! The Y has youth futsal leagues beginning from age 3 all the way up to 4th grade. Learn more today.

“An Accurate Look At The History Of Futsal.” Futsal Expert, 3 Oct. 2018, futsalexpert.com/an-accurate-look-at-the-history-of-futsal/.

“What Is Futsal And How To Play It?” Futsal Expert, 1 Mar. 2019, futsalexpert.com/what-is-futsal-game-and-how-to-play-it/.

“What Is Futsal And How To Play It?” Futsal Expert, 1 Mar. 2019, futsalexpert.com/what-is-futsal-game-and-how-to-play-it/.

Get ready to yell gooooal! Y futsal helps kids of all ages develop skills and keep them sharp all year long.

Score big with our youth outdoor soccer league where players learn the fundamentals of soccer, sportsmanship, teamwork and have fun!

5 Unexpected Benefits of Playing Youth Sports at the Y

Youth sports at the Y do more for kids than just learning sports skills. From social and emotional development to creating a lifelong fitness habit, kids who play youth sports get a head start on life.
Read more