The History of Camp Colman

The History of Camp Colman 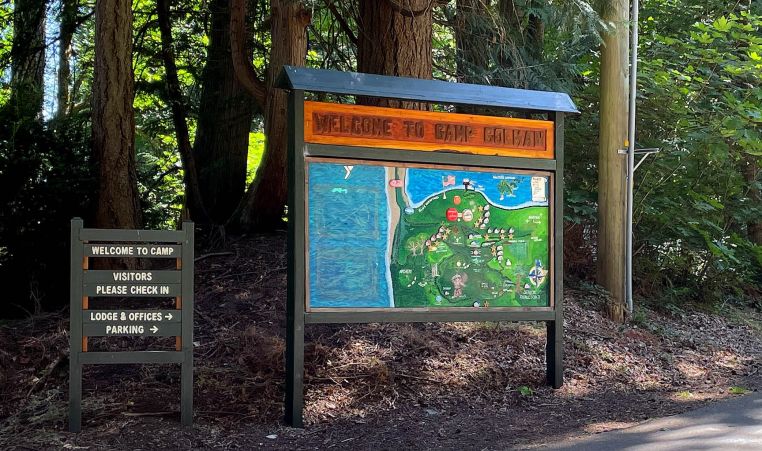 Camp Colman as we know it today on Case Inlet was created in 1966, but its roots go much further back into Seattle’s history. Camp Colman and Colman’s sister camp, Camp Orkila, started with James M. and Agnes Colman, strong contributors to the growth of Seattle who were deeply involved in church and community affairs. J.M. Colman was a millwright who operated the Port Madison, Yesler, and Tacoma Mills, and whose accomplishments include constructing the first portion of the Walla Walla Railroad, the Colman Dock, and the Colman Building. J.M. and Agnes’ son, Laurence, purchased land in Fauntleroy in 1907, upon which he built a house 1922. The Laurentide home became a gathering place for young people of Seattle and planted the Colmans’ seed of interest for Camp Orkila and Camp Colman, and support of the YMCA of Greater Seattle.

In 1912, the Colman family began inviting youth from the Fauntleroy Church, Fauntleroy YMCA, and their community to their summer home on Horsehead Bay, near Gig Harbor. Their private yacht, the Osprey, transported 50 campers each summer to the Colman property, which was only accessible by boat, for four weeks of summer camp. Camp was a reward for youth who had achieved 100% attendance at Sunday school. Parents served as the volunteer camp staff. Laurence Colman passed away in 1935 and his son, Ken, took over as Skipper of the Osprey, continuing the tradition of bringing the area’s youth to Camp. Every Thursday morning, Ken could be found whipping up hot cakes in the 100-person mess tent.

The camp began to outgrow the Horsehead Bay property and, in 1965, under the leadership of Charles Anderson (the namesake of Camp Colman’s current lodge), $200,000 was raised to secure the location where Camp Colman currently stands on Case Inlet. In 1966, the 40 acre property was purchased. The Fauntleroy YMCA used Camp Colman for nine weeks each summer and the Camp was used for Outdoor Environmental Education by schools during the spring and fall. In the 1980s, a fundraising campaign raised $340,000 (exceeding their goal by $90,000) to build the campfire site, trails, chapel area, craft center, new cabins, and develop the South property.

Management of Camp Colman transferred from the non-profit Fauntleroy Center Board to YMCA Camping Services in 1997 and the property was deeded to the YMCA of Greater Seattle in 2000. Over the past 40 years, Camp Colman has added new cabins to accommodate steady growth and, in the past three years, the new Freeman Village has added space for 48 more campers.

Colman celebrated its 100th Anniversary in 2012, with the renovation of Anderson Lodge. Each year, thousands of energetic Camp Colman campers and staff pass through Anderson Lodge, sharing meals, singing songs and buzzing about the day’s activities. Originally built in the late 1960s to accommodate about 120 campers at a time, the lodge now serves approximately 250 campers per session during the summer as well as other camp participants during the fall and spring. The renovation included new bathrooms on the lodge’s main floor, an improved kitchen, new floors, upgraded safety features, a new staff lounge area, a history wall, and an expanded deck for taking in the stunning views of the Olympic Mountains.

While Camp Colman’s been through a lot of changes in the last 100 years, our dedication to strengthening community has been unwavering. The Colman family was rooted in nurturing the potential of youth, promoting healthy living, and fostering social responsibility, and these same goals still drive our Y staff every day at Camp Colman. With such a strong foundation to build from, we look forward to serving our community long into the future.

Camp Colman was built on a foundation of nurturing the potential of youth, promoting healthy living, and fostering social responsibility.