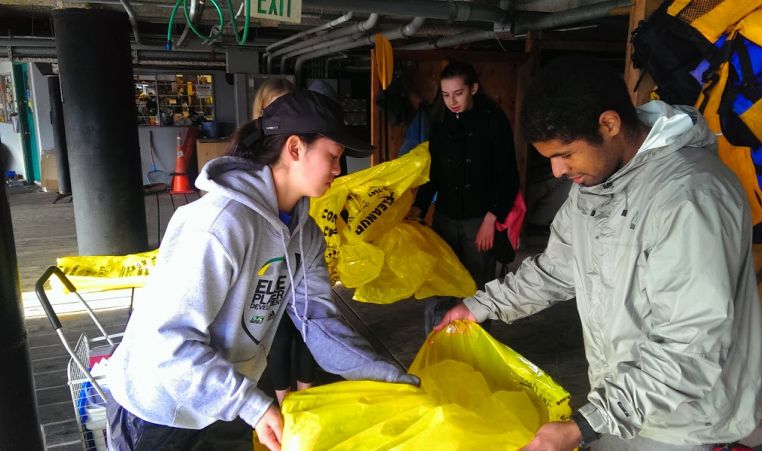 When Tyrell Dozier packed his bags to head to YMCA Camp Colman as a Counselor-In- Training (CIT) the summer before his junior year, he thought it would be the worst summer of his life.

But what started out as mandated volunteer hours to graduate high school turned into a commitment to bettering his community.

Tyrell went back to YMCA Camp Colman for two more years after that summer. After he graduated high school he worked as a program director at his local Y while attending college, where he was first introduced to the youth-led environmental service program YMCA Earth Service Corps, funded by donors like you through the Annual Fund Drive.

Nearly six years since his CIT days, Tyrell now volunteers as a program instructor, empowering students to take a hands-on role in creating a healthier environment in their schools, communities, and region while nurturing a respect for diversity within the natural world.

“I’m passionate about ethics in general, and want to make the world a better place,” says Tyrell. “Environmentalism issues are big, and hard to tackle. Being able to empower these students and give them the tools to feel like they can tackle these big global issues is so rewarding.”

The more than 1,000 youth in the program have an impressive impact on the community. Last year alone, they contributed more than 9,800 hours of service, and removed 202 tons of waste (the weight of 34 elephants) from the earth. But for Tyrell, some of the most rewarding benefits of the program are harder to report on.

“It’s hard to measure confidence, and leadership development, and passion,” says Tyrell. “But that’s the kind of stuff that’s happening in this program. That’s a sign that something good is happening.”