5 Easy Science Experiments in a Jar

5 Easy Science Experiments in a Jar 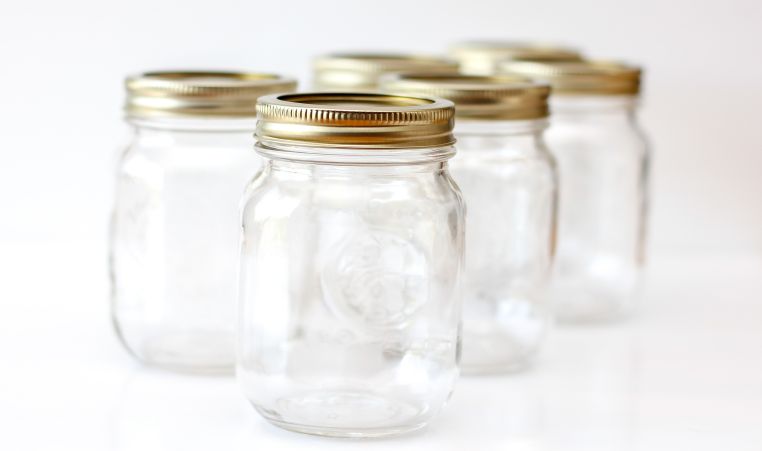 Dust off a few of those Mason jars you have hiding in the cupboards, grab a few simple materials, and get ready to try some super cool experiments that all can be done in a simple glass jar!

Butter in a Jar

An age old classic, that makes a yummy outcome at the end.  Make sure to have some fresh bread nearby!

This edible science is for the sweet tooth of the home!  Grow your own crystals with this simple chemistry experiment.   Adult supervision required.

Fireworks in a Jar

This much quieter way to enjoy fireworks uses just a jar and some simple materials but makes for an explosion of science fun.

The origin of this experiment is that food coloring will mix with water but not oil. This is because of their varying liquid densities.  The oil is less dense, causing it to float on top of the water.  The food coloring is denser than the oil, so it falls through and mixes into the water, creating the firework effect.

Tornado in a Jar

Have you ever seen a tornado?  While an amazing phenomenon of Mother Nature, we much prefer the calmer (and safer) version at home!

A tornado is a violent, rotating column of air that forms under the right weather conditions. When a tornado forms, it creates a vortex which is a spinning, often turbulent flow of air. You created our own vortex by swirling the contents of the jar and are able observe the motion of a tornado.

Magic-meets-Science in this super cool experiment, in which you will be able to make the shell of an egg, disappear! Abracadabra!

Find on-demand workouts and live classes, resources to keep your brain and body healthy, and other activities for the whole family.