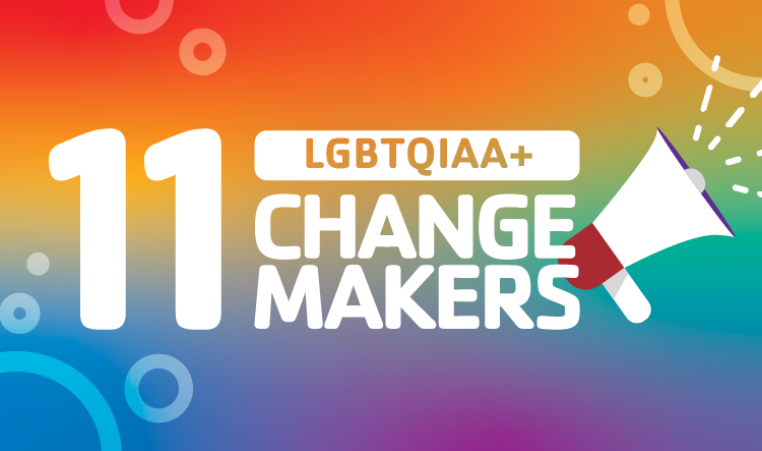 Pride doesn't start and end in June, we celebrate 365! In the spirit of learning, we're highlighting some of the LGBTQIAA+ Pacific Northwesterners who changed the course of history through their activism, identity, prominence, or sheer will to coexist in a world that had yet to accept them.

Brydon was an activist whose organization, The Dorian Group, lobbied local politicians to create more livable spaces for LGBTQIAA+ Seattleites. He passed away in 2021 from Alzheimer’s complications, but his influences can still be felt in many facets of daily life. He helped protect people from housing discrimination based on their sexual orientation, helped halt anti- LGBTQIAA+ legislation in the state, and was a key figure in establishing Gay Pride Week in 1977.

Botzer is best known as the founder of the Ingersoll Gender Center, and her continual work to support transgender and gender non-conforming individuals. The Ingersoll Gender Center was founded in 1979 and has run a weekly support group for more than 40 years. Her work helped to bring  LGBTQIAA+ causes to the forefront of Seattle, Washington state, and national politics and the center continues to help anyone who needs a safe space to be heard.

As a member of the Suquamish Tribe in the Pacific Northwest, she led the charge in getting her tribe to recognize same-sex marriages as valid. When she first pushed for the recognition in 2009, her tribe declined, but when she made the same push in 2011 they agreed to write the recognition of same-sex marriages into their constitution - four years ahead of the SCOTUS ruling that brought marriage equality to the nation.

In September 1971, Singer and Barwick went to the King County Clerk’s office to seek a marriage license. King County denied the request and the case made national headlines in the coming months and years. The couple knew they would be denied but wanted to force a conversation on a subject “no one would speak about," Barwick told the Seattle PI in 2009. "We knew they weren't going to give us one, but damn it, they were going to have to tell us no to escort us out the door." The couple challenged the denial in court as unconstitutional, but their union was again rejected. Trial coverage brought national attention and gave hope to those who could not get married or who had yet to “come out.” The moment helped galvanize the national debate over if same sex couples ought to be able to recognize their marriage by law. Singer and Barwick would continue their fight for LGBTQIAA+ equality in the Seattle community, finally seeing same-sex marriage recognized nationwide.

When six-time Grammy winner Carlile was just starting her career, playing clubs around Seattle, belting out songs about pain and lost love, while her mom gave out free brownies to anyone who bought her CD, she was one of the few “out” people in the Pacific Northwest’s music scene. Carlile’s unique blend of Americana and country drew not just fans of the genre, but also became a siren for a generation of young  LGBTQIAA+ youth searching for someone to celebrate them. Over the years, Carlile shared more of herself and her upbringing (Ellen coming out in 1997 inspired her), her challenges (she was kicked out of a band for coming out), and the fight to normalize  LGBTQIAA+ voices (Elton John became a pen pal, offering support) in folk, country, and Americana, genres that have historically represented strict heteronormative and stereotyped virtues.

Blakeley spent her days working for a nonprofit as a restorative justice social worker. Many people she worked with never knew she was transgender, she didn’t try to hide it or make it a point to mention it. As friends who knew her shared, she just went about her day. In her off time, she mentored youth and those older than her through the Alphabet Alliance of Color (AAoC), a group devoted to supporting queer and transgender Black, Indigenous, and people of color (QTBIPOC) in the Puget Sound region. In these meetings she would listen to others share their struggles with social activism, BIPOC exhaustion, and burnout and try to offer hope through her own story, making life a little better for others, one person at a time.

She may be best known for her soccer career with Seattle’s OL Reign, the U.S. Women’s Soccer Team, or as an Olympian, but Rapinoe is equally famous for her work to bring women’s pay equity into the spotlight. The U.S. Women’s Soccer Team filed a complaint with the Equal Employment Opportunity Commission in 2016 against its sport’s governing body, seeking equal pay and treatment to their male counterparts. Rapinoe and others alleged they were paid less than their male counterparts, in some cases less than half, and did not receive some perks, such as chartered flights for travel that the U.S. Men’s Soccer Team received. To add insult to injury, the women’s team was winning championships and bringing in new fans, while the men’s team was getting knocked out of tournaments. The fight came to a close earlier this year with the  U.S. Womens Soccer Team receiving a backpay settlement and changes in future wage structure with a promise to bring pay for men and women in closer alignment. Rapinoe has also become an advocate for LGBTQIAA+ rights, feeling it is important others see her for who she is. “(Sports are) homophobic, in the sense that not a lot of people are out," Rapinoe said during an interview with Out Magazine in 2012. "In female sports, if you're gay, most likely your team knows it pretty quickly. It's very open and widely supported. For males, it's not that way at all. It's sad."

Harry Allen was a well-known transgender man at the turn of 20th century Seattle. Allen was a constant subject of local gossip, deemed rough around the edges by some, a romantic example of western individualism by others, Allen’s life graced the headlines of local newspapers. Allen’s identity challenged the heteronormative expectations of society and while misunderstood, his storied life shows the struggle to express one’s identity is not a modern struggle but a historical one. His identity was one that perplexed readers of the press, and when asked directly, Allen suggested that it was easier to be a man during those industrial times rather than a woman and left it at that.

Among the culinary world, few have reached the pantheon of Beard, whose name has become synonymous with iconic awards such as Michelin stars. Even the mighty Julia Child proclaimed, “In the beginning, there was Beard.” Beard grew up in Portland and would learn the foundations of cooking from his mother, and from employees in their boarding house. He found a following after moving to New York City, writing cookbooks, appearing on TV, launching a cooking school, and more. It was also in New York City that Beard started to trust a small circle of friends to keep his open secret that he was gay. Having come of age during a time when public figures were not open about their sexuality, Beard worried that his identity would cloud his professional life and he spent most of his public life in the closet. He, along with other gay men of the era in New York City, instead hosted private dinner parties where they could safely be themselves, but also support one another. Beard went on to meet people at those parties he would collaborate with, work with, and give work to. His renowned cookbooks have become a standard in kitchens around the world, and a time capsule of gay migration during the 60s and 70s, such as a lemon bar recipe from Texas which came across Beard’s pallet after he learned of them from gay men who had fled the unfriendly south for New York City. After his death, the James Beard Foundation has gone on to honor his life and legacy and continues to support LGBTQIAA+ causes.

When Watkins was asked whether he was gay, part of a list of questions asked in 1968 of men drafted into the U.S. Army, he said yes. He was not prevented from serving and would go on to re-enlist three times without any apparent issues based on his sexuality. It wasn’t until 1981 when the Department of Defense deemed “homosexuals” not fit for service that he was discharged from the military and prevented from re-enlisting again. It was a dramatic about face from the government against a veteran, and Watkins took to the courts to maintain the integrity of his military career, as well as on behalf of others who were also discriminated against because of their sexuality. It took 10 years for him to earn back his military honors and backpay. He passed away in 1996 at his home in Tacoma, having paved the way for anti-discrimination against veterans and active military.

Who are your changemakers? Let us know on social media and we may just update this list with your contributions. Then, continue to celebrate Pride during June and all year with us, and learn what the Y is doing to advance equity and justice for all.

11 Asian Americans, Native Hawaiians, and Pacific Islanders who Made an Impact on the Pacific Northwest