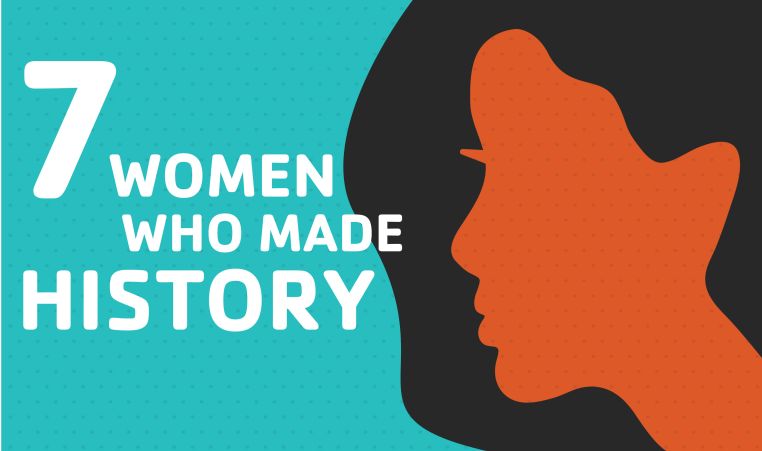 Women’s history is American history, and time and time again, historical advancements for women have impacted and benefited everyone. Where there is equity and equality, households and communities are healthier and thrive. When we use our collective power to lift everyone, we are made stronger together.

Seattle and the Pacific Northwest is home to many such women, let us take a moment to bring focus to women who have shaped the experiences, stories, and histories that continue to shape and swirl around the Puget Sound region. We recognize the barriers and plights that women endured, and women continue to endure, and we look to their stories as a way to carry the light forward.

Born in Kansas, Nettie J. Asberry was inspired by Susan B. Anthony at a young age. She moved to Seattle, then to Tacoma where her drive for equal rights would lend significant gains to both the suffragist and civil rights movements. She opened the Tacoma NAACP chapter, the Washington State Federation of Colored Women, the Allen Red Cross, and more. Her impact is still felt to this day and in Tacoma, May 11th is commemorated as Nettie Asberry Day.

Janet McCloud was an activist who fought for the rights of indigenous people by staging fish-ins and publishing these experiences in a newsletter. This entailed breaking game laws and using traditional fishing techniques that were deemed illegal by the US and Washington state governments, at the time. After a highly publicized battle, Yet-Si-Blue (which means 'the woman who talks') along with Native tribes in Washington, had their fishing rights upheld by the United States.

King was the first African American woman to serve as a legislator in Washington state. Her father was involved in local politics and this would become a central focus for her own political ambitions. She was appointed to the Washington State legislature in 1965. Despite her short tenure she continued to support the Democratic Party as well as her community. In fact, she was a board member at the YMCA and the Seattle Urban League.

As the daughter of Chief Seattle, Kikisoblu witnessed the exile of tribal people from their lands as settlers came in droves. Despite this, she refused to leave and was a beloved Seattle resident, acquiring the name Princess Angeline. She was often a subject for portrait photography and would gain further fame as a face often used on postcards.

What is smell? How do we know which smell is which? Linda Buck and her colleague, Richard Axel won the Nobel Prize in 2004 for their work in discovering olfactory receptors in the nose and how those receptors distinguish one scent from another. Buck grew up in Seattle and continues to research and teach at Fred Hutch and the University of Washington.

Matsuda Gruenewald’s memoir “Looking Like the Enemy” depicts her and her family’s experience during the United State’s internment of Japanese Americans. Growing up on Vashon Island and then being forced from their farmland, her story provides a painful glimpse at one of the most reviled periods in American history.

Esther Wilkins founded and ran the dental hygiene program at the University of Washington School of Dentistry. Afterward, she wrote “Clinical Practice of the Dental Hygienist” which became the go to text for the profession. Known around the world for her lectures and expertise, generations of hygienists, dentists, and the like have benefited from Wilkins’ impact.

Have your own PNW icon to share? Let us know by leaving us a comment on social media and you may just see your suggestion added to a future update.

At the Y, we're honoring unique differences and experiences of individuals that identify as female, especially in our communities representing Black, indigenous, and people of color (BIPOC).