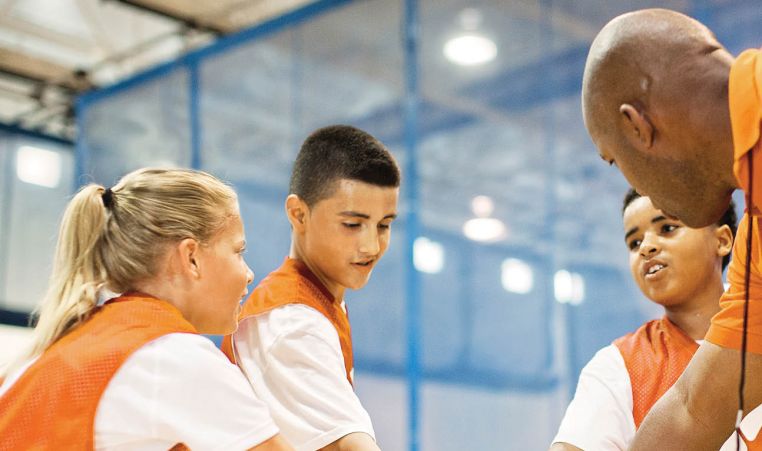 The Y and youth basketball go together like mac and cheese. After over a hundred years of teaching the sport, we’ve learned a thing or two. Kids learn the basics of the game plus teamwork, leadership and make lifelong friends!

YMCA youth sports encourage and promote healthy kids, families and communities by placing a priority on family involvement, healthy competition rather than rivalry, the value of participation over winning, team-building as well as individual development, a positive self-image and a sense of fair play and mutual respect for others. Parents are encouraged to be more than mere spectators, by contributing their time as volunteer coaches—as well as being their kid’s greatest fan.

Hit the hardwood with the experts in youth basketball. Kids learn the basics of the game plus teamwork, leadership and make lifelong friends!