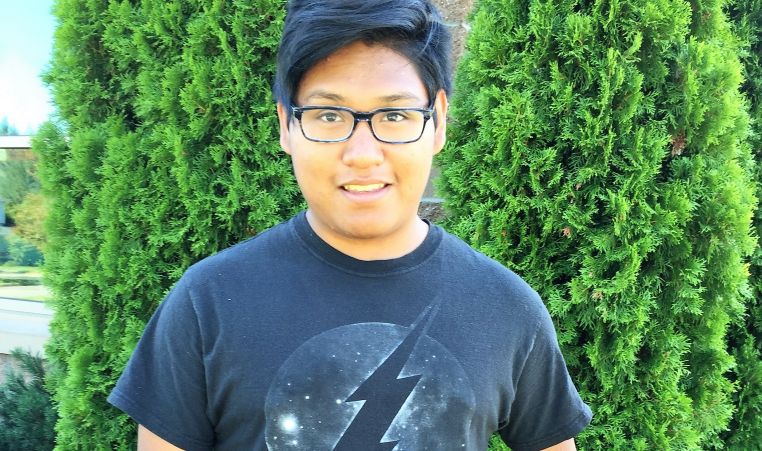 “It’s the unintended consequence of coming twice per week; I’ve seen a tremendous improvement in emotional maturity. He feels better about himself” says Julie, Dustin’s mother.

Earlier this year, fifteen year-old Dustin started coming to the Snoqualmie YMCA for his “P.E.”. Since he is homeschooled, his mom Julie thought it was important that he have scheduled physical activity. Dustin was introduced to Jake and has been enjoying personal training sessions twice per week, ever since. Dustin admits he feels more confident physically now and enjoys riding his bike from Snoqualmie to North Bend and back.

Originally adopted from Guatemala, Dustin is an only child. He and his mom have lived in Snoqualmie 13 years. He attended Y camp when he was younger and also went to after school care at the Y. This year is the first time he’s enjoyed being a Y member.

In his free time, Dustin enjoys hanging out with friends, playing video games, and playing the ukulele. He also enjoys road trips to California and spending time with his dog, Scout.

Give the Y a Try

Work on yourself and your community at the Y. Memberships include hundreds of group exercise classes, wellness programs, free drop-in childcare for family memberships, and more.