Be There Rally - Join Us

Be There Rally - Join Us 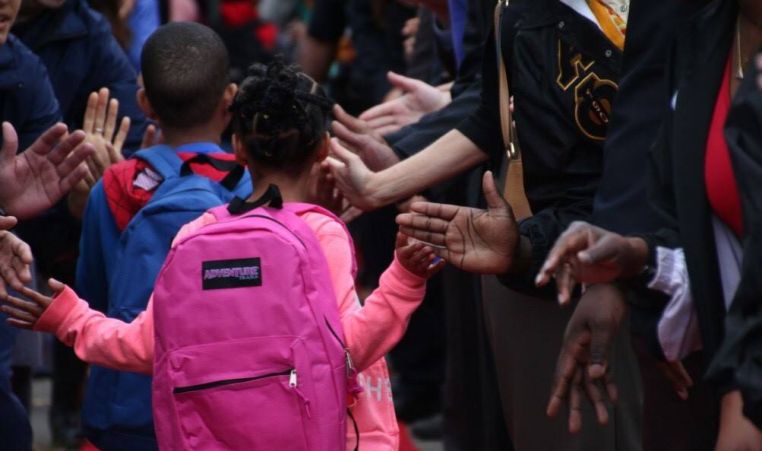 We are inviting the community to attend our second annual Be There Rally at West Seattle Elementary on Wednesday, September 6, from 7:00 am to 8:00 am. The school, in partnership with the West Seattle & Fauntleroy YMCA, is rolling out the red carpet and asking community leaders, school supporters, family, and friends to line up to cheer, clap, and high-five students as they enter into the new school year.

Last year, over 100 men and women from the Seattle area volunteered at our first rally. The West Seattle Elementary Be There Rally draws inspiration from an event held in Hartford, Connecticut, where over 100 Black men in suits got together to greet and encourage children on the first day of school. They did it because they wanted to show children of color positive images of Black people in their community instead of the negative and damaging images commonly portrayed in the media.

Research shows that children whose fathers take an active role in their educational lives earn better grades, score higher on tests, enjoy school more and are more likely to graduate from high school and attend college. Leaders are calling for 100 men to support those who may not have a male role model by volunteering at the Be There Rally. After careful consideration and speaking with the members of the High Point community, leaders decided to adjust to fit the needs of the neighborhood by also calling for 100 women. It is imperative that girls also have the opportunity to see successful women who they can identify with.

In an effort to dispel myths, breakdown stereotypes and change the narrative that surrounds West Seattle Elementary, please come dressed for success. The purpose of the dress attire is to allow students to see mirror images of themselves and combat any internalized biases damaging to themselves.

Your presence at the school on the first day will support efforts to build valuable partnerships with families and members of the community to support student learning and positive academic outcomes.

When: Wednesday, September 6, 7am to 8am