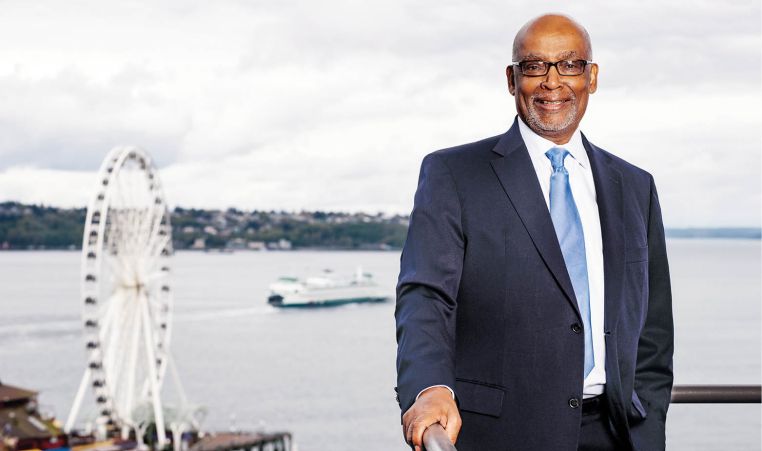 Norm Rice was the 49th mayor of Seattle, Washington, serving two terms from 1990 to 1997. Rice was Seattle's first, and to date only, elected African American mayor.

His time as mayor is remembered fondly by many residents. The Seattle Times said,

“Norm Rice was one of the best mayors Seattle has ever had. Rare is the public leader who manages to be highly effective and well-regarded. Rice has been both.”

In July of 2020, Mr. Rice published a memoir, Gaining Public Trust: A Profile of Civic Engagement. This memoir, telling of our first and only Black mayor’s experience governing a city divided, has become extremely relevant once again.

As mayor, Rice had a big job of uniting our city to walk in the same direction. When Norm Rice was elected mayor of Seattle, it was the most divisive, polarized time in the city's history. African Americans were only 10% of the city's population and Norm's election was ground-breaking. It was 1989 and the city was torn apart over the issue of busing to achieve school desegregation. On the same ballot with Norm was an anti- busing initiative. The anti-busing measure passed, Norm was elected, and he became the mayor of a city tearing itself apart.

During Black History Month, we are honoring and celebrating Mr. Rice’s many contributions to the City of Seattle, the YMCA of Greater Seattle and the communities we serve, and the pathways he blazed and paved for future leaders in our city.