The Home Shows: More Than A Concert

The Home Shows: More Than A Concert 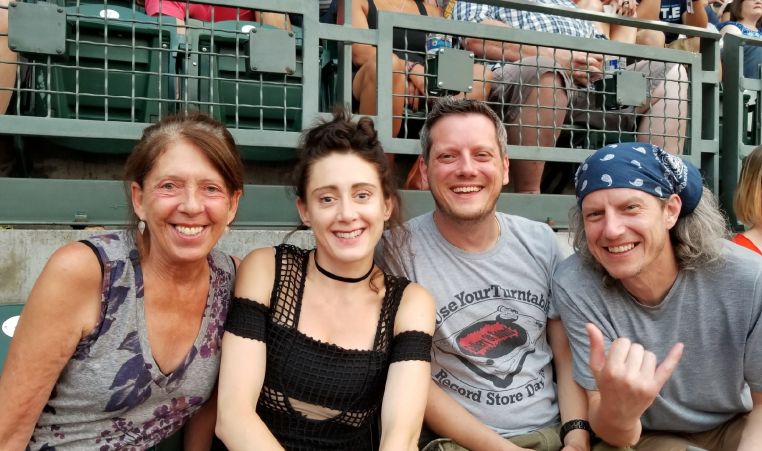 You know that feeling when you're at a concert of a band you love, and everyone is swaying together, and for the first time in forever everyone around you is totally on the same page? That's what we believe the Y should be to our community-- a gathering place for people from all over to feel welcome and celebrated: families, campers, young adults who need support becoming independent, people new to our country, people who have been members of the Y for 50 years, and kids taking their very first swim lesson.

The Y is here for us all.

The Y community connects individuals with the resources that will help them live happy, healthy, and empowered lives. This summer, we have a partner in this mission. On August 8 and 10, Pearl Jam performed Home Shows at Safeco Field to help raise money to help support the 12,000 people living on the streets of Seattle each night. A portion of the money raised from these concerts are going to support the housing programs at the Y.

Thanks to the support of generous organizations like Youth Villages, Biella Foundation, Gipson Family Foundation who offered the Y a few tickets to the show which we offered to our donors and members through a random lottery contest. During that contest, we heard from members who were inspired by this campaign. We also heard from a few members who have experienced housing instability and big Pearl Jam fans, such as this email from our member, Gina.

Gina wrote to the Y as a Y member who uses the facility daily and believes the Y saved her life from homelessness and addiction. But of course, Gina is more than her circumstances. Her mother’s favorite band is Pearl Jam and wanted to take her to the concert to say thank you to her for always being there and helping Gina to thrive.

Unfortunately, Gina did not win the contest. But, shortly after we received that email, a community member, Jim, called to say he had two extra tickets for the Home Shows, making it possible for Gina and her mom to go to the show!

Here's the note from Gina to Jim, which we think beautifully tells the story of the importance of not just giving money or leftovers, but of looking one person in the eye and recognizing their beautiful, real human life.

Since Jim gave the tickets, they’ve been in touch, emailing back and forth about their philosophies of life and even sat together at the concert!

Gina had a lot of poignant words on the subject. In a thank you to Jim, she said, "Jim...your generosity has inspired me to treat others not only with care and respect but also with humanity. Being homeless can make a person feel lesser than others, invisible. So, it's not only important to buy ‘some homeless dude’ a coffee, it actually can be even more beneficial to smile, ask how that person's day was, ask how they take their coffee. Stuff you would ask a co-worker or a partner.”

She went on to say, “The saying, "Beggars can't be choosers," is an inherent trap. It never allows a person to be empowered with preferences, something that defines us as humans. When I shared a bit of my story in my initial email for the raffle, I felt like it might not be received well, as if I maybe went too far. But as I told my mom when I announced we were going to the Pearl Jam concert, "See what happens if you just open up a little? People react with kindness and heartfelt interest." Your gift has made me feel seen, heard and valued. No, a concert isn't a necessity. It's a luxury, and that is exactly what forging a life worth living is all about. And for that, I thank you!”

We're proud to band together with Pearl Jam to fight homelessness and know that it takes the entire community to come together and work toward solutions, starting with individuals.