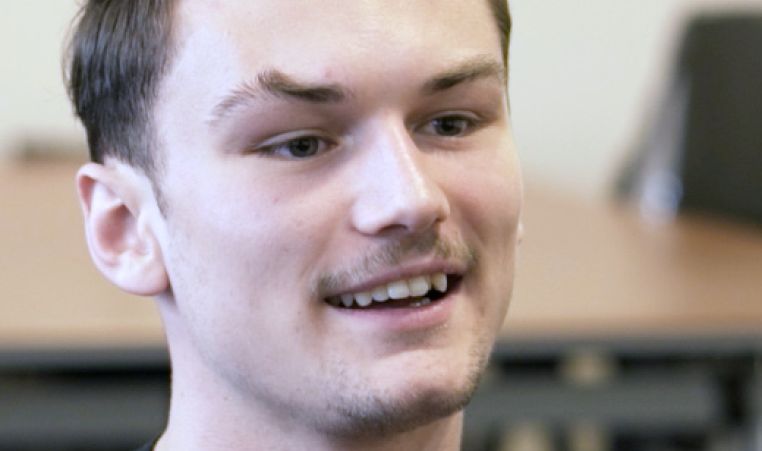 Philip's dad was arrested for drunk driving when picking him up from school. Philip escaped an unsafe home life, but bounced from foster care and other homes until he turned 18. As a young adult, he found himself with very few resources, getting sick from lack of food and proper care. He resorted to selling his cellphone, clothes, and pan-handling just to get by. Philip wanted more. He used his ingenuity and the kindness of strangers to get to YAIT, the Y's transitional housing facility in downtown Seattle. Philip found a stable place to lay his head.

"I think I would have a lot harder time accomplishing the things I wanted to without the Y. I would not be as far ahead as I am now. This is probably the most amazing place you can live."

Philip has been grateful to have his own space to focus on the future. He talks with a counselor supplied by the Y, and was able to secure a job - even a promotion. Philip is now enrolled in an entrepreneurship program through the Y to learn the fundamentals of marketing.

Philip sat down with singer-songwriter, Ryan Shannon. Ryan, a local musician with a love of Taylor guitars, felt inspired by Philip's story. He composed a song to amplify Philip's voice, and bring awareness to young adults experiencing homelessness.

Faith In Me By Ryan Shannon

Faith In Me By Ryan Shannon (Lyrics)

We all know we got to believe in something
Everyone stares, no one really cares I hear them talk but I don’t believe in nothing,
That ain’t gonna prove impossibility is just a frame of mind.
Behind the scenes we got a lot of flavor.
We’re tight at the seams, chasing those dreams
All we need is just a little prayer
Cuz we know you can’t see passed what seems we’re lost and out of time

Believe and I can tell ya
We’re all just doing fine
Just go about ya business
And simply pay no mind.
Believe in better weather
It’s only just a matter of time

Did we fall? Were we all misled?
Or were we somewhere far way out of our heads?
Or did we falter? Just needed someone to believe? (Just how you perceive)
We don’t forget about it.
We stand up tall, though we might be scared.
I’d like to think that I’m on top of those stairs.
So when you look up at everything you don’t want to see. (Don’t have to agree.)
Cuz it don’t matter to me