Girls in Sports: Top 4 Reasons Why It's More than Just a Game

Girls in Sports: Top 4 Reasons Why It's More than Just a Game 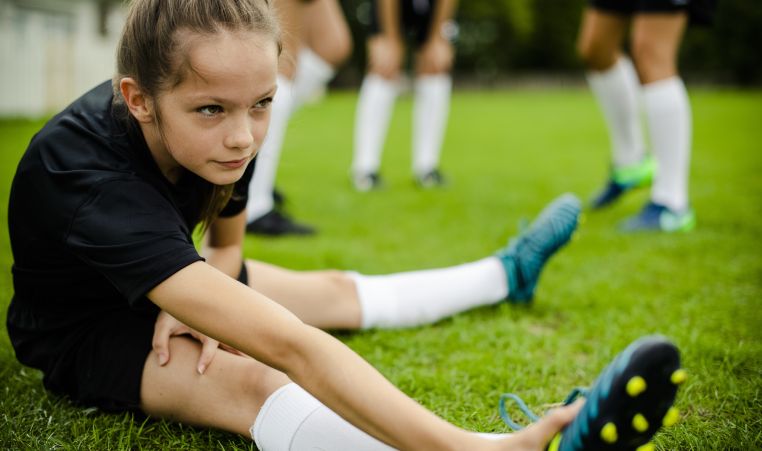 Keeping girls engaged in sports is an important part of encouraging them to be body positive, take good risks, and have comradery with girls and women as they age.

Even today, fewer girls participate in youth sports than boys do. And, of the girls who do play, over half of them will quit playing by middle school. At the Y, we have leagues and other sports like martial arts and swimming which encourage girls to grow up healthy, strong, and confident.

1. Girls gain confidence in their bodies AND their minds

It’s no secret that involvement on sports teams builds confidence in children of all ages, and it is especially important for girls. When girls participate on sports teams, they gain confidence not only in their abilities on the field but in the classroom, too! Earning higher GPAs helps girls develop self-esteem in their ability to think and solve problems in school as well as into their careers. According to The Girls’ Index, “...girls who are involved in sports are 14 percent more likely to believe they are smart enough for their dream career and 13 percent more likely to be considering a career in math and/or science.”

As girls age and enter middle school, it is well documented that confidence begins to drop, but “girls who play sports report confidence at consistently higher rates from 5th-12th grade.” Furthermore, girls of all ages who play three or more sports a year continue to report higher body esteem.

2. Girls in sports are more likely to get along well with other girls

In addition to having stronger camaraderie with other young women, the Women’s Sports Foundation found that girls report a significantly higher rate of participation in clubs and groups outside of sports, providing additional opportunities to befriend and engage with their peers of all genders.

Today’s world can be hard for children and teens, especially when technology offers nonstop access to the news, media, and each other. This doesn’t take into consideration their increasing academic pressure and workload. Mental health is just as important as their physical health and being involved in a sports team helps to strengthen both. In 2018, the Women’s Sports Foundation conducted a study on U.S. teens involved in sports and found that teens who played sports fared better than their counterparts on “on multiple markers of psychological health, including high self-esteem and stronger social connections, such as higher levels of social support and fewer feelings of loneliness.”

“Girls who participate on a sports team are more likely to have learned healthy ways to handle stressful situations, have more effective and supportive friendships with other girls and have increased career and leadership aspirations,” says ROX founder, Lisa Hinkelman. These are skills that are vital for all children as they learn to navigate the everyday world.

Outside of the positive physical, mental, and emotional impacts that being involved on a sports team provides to girls of all ages, perhaps the most important reason to keep your child in sports is because they enjoy it! The Women’s Sport Foundation released research findings in April 2019 showing that 93% of girls ages 7-13 who participated in a sport either like or love playing it, and ¾ of the girls who love to play plan to do so in high school and beyond.

So while your family might be passionate about soccer (Go Seattle Reign and Team USA!), it also doesn’t hurt to think about enrolling in basketball, volleyball, or futsal as well!

Luckily, it’s always youth sports season at the Y. With locations all over the Puget Sound, find a sport that works for you and your child!

Get in the Game!

YMCA youth sports encourage healthy kids by prioritizing family involvement, healthy competition rather than rivalry and the value of participation over winning.