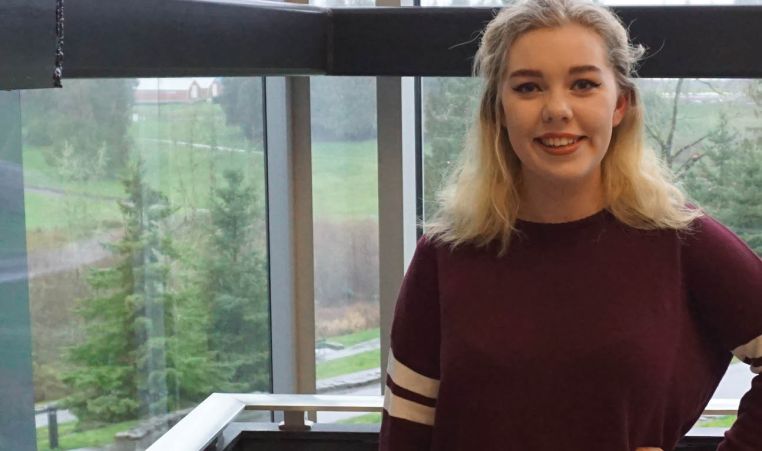 You could say that politics run in Grace's blood. While she was in utero, her mother was working on a state senate campaign. During her whole life, Grace's family discussed politics around her—one side of her family is conservative, while the other is much more liberal. That's why, when she heard about the Y's Youth and Government program, it was a perfect fit.

During her first year in Youth in Government, Grace wrote and presented her first bill to the Washington Legislature. Her second year, she was able to work with even more kids that were passionate about government and politics just like her. During that second year, Grace was able to really dig deep on the bill that Youth and Government was presenting to the legislature.

Grace says she's learned to use her voice during this program. Both literally, through improving public speaking and debate skills, but also that speaking up when you disagree with someone isn't such a bad thing. Through this program, she says, "It's okay to disagree with people, as long as you do so in a way that is civil and respectful."

Youth and Government hasn't just helped Grace to find her voice, but she says, "I think it's important for people of my generation to be involved in politics.  Having awareness is part of being a responsible citizen."

Grace will start college at Western Washington University in the fall and plans to use what she's learned in Youth and Government to pursue journalism. Youth and Government has fed Grace's insatiable curiosity about how our government and world which will serve her as she goes on to tell the stories of her generation.

Category: Youth Programs Kids & Teens
PREVIOUS STORY
Summer Jobs at the Y - Why Work at Camp?
NEXT STORY
The Y Partners with Horn of Africa

When you support Washington Youth & Government, you support young people around our state on their journey toward active and engaged citizenship. You play a critical role in fostering civility, nurturing respectful discourse, and facilitating compromise and understanding.