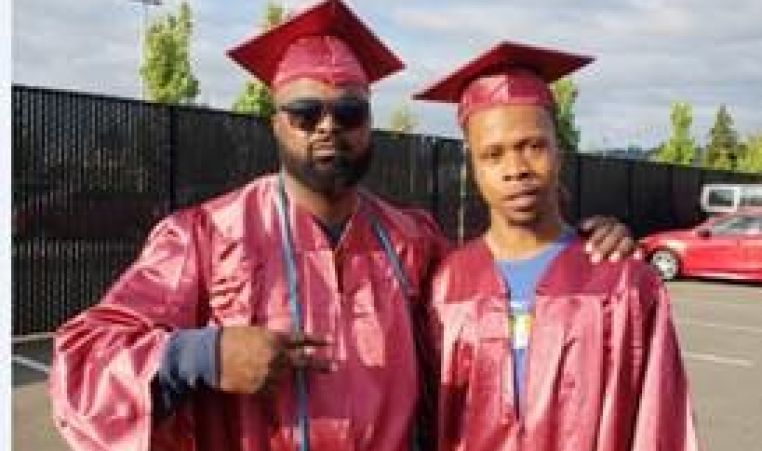 Kendrick was on probation when he first learned about Alive & Free, the Y’s violence prevention and outreach program. At first, Kendrick was hesitant to connect with the program but when he met Cortez, Alive & Free Outreach Worker, they instantly clicked. Kendrick developed trust in their relationship and for the last year he has met with Cortez weekly to work on his goals.

Kendrick’s main goal for himself was to complete high school, but little did Kendrick know, Cortez also had this goal for himself. Having dropped out of high school at age 15 was a source of embarrassment for Cortez, who believes education is important to moving forward in life. Cortez said, "As Kendrick got closer to graduating high school, I knew I needed to finally get my diploma. I have four kids, and seeing them and Kendrick moving forward with their education inspired me."

On the day that Kendrick finished his final exam to earn his GED, Cortez shocked Kendrick by sharing the part of his personal story he had previously been ashamed to share: that he had not finished high school. He shared that he was also working toward earning his diploma. "I was surprised when he told me," said Kendrick. "I had no idea he didn’t graduate high school."

Cortez reflected, "As an outreach worker, you think your job is to inspire the youth, but they inspired me. I see so many kids hit a wall and keep hitting it over and over. Kendrick never gave up – he kept pushing. He gave me hope." Cortez and Kendrick, inspired by each other, were going to graduate together.

On the day of their joint graduation at the ShoWare Center in Kent, Kendrick called Cortez: "Are you ready?" he asked. Both of them agreed – yes they were. Wearing their caps and gowns, Kendrick and Cortez reached their shared goal of completing high school.

Cortez continues to meet with Kendrick to support him in finding a job and obtaining a driver’s license. Kendrick hopes to use his education as a launching point to earn money and plans to go back to school to become a barber. As for Cortez, he plans to continue his educational path and earn a college degree.