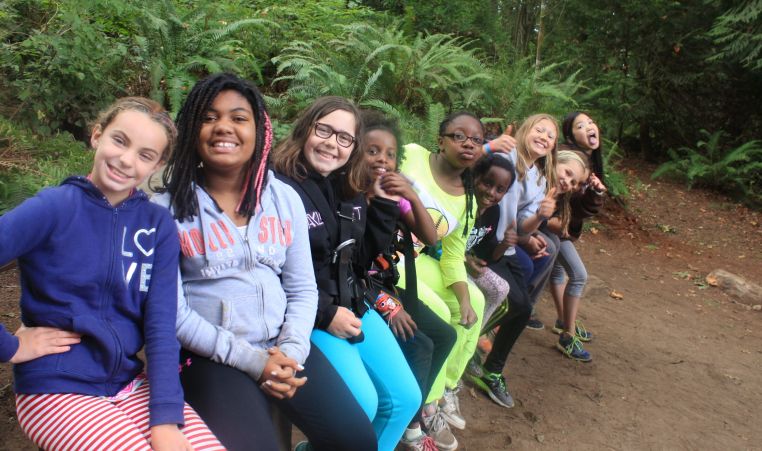 YMCA Camp Colman is hosting Camp Oasis which is organized by The Chron's and Colitis Foundation of America, also known as CCFA. This camp is designed for children with Chron's or Colitis to enjoy a week at camp with kids who are able to relate to living and thriving with IBD. We had a few special guests this week including Mike McCready, lead guitarist of Pearl Jam as well as  Cowboys vs Chron's. Cowboys vs Chron's consists of two gentlemen from Gardiner, Montana riding to Bellingham, WA on horseback to raise awareness for Chron's Disease.