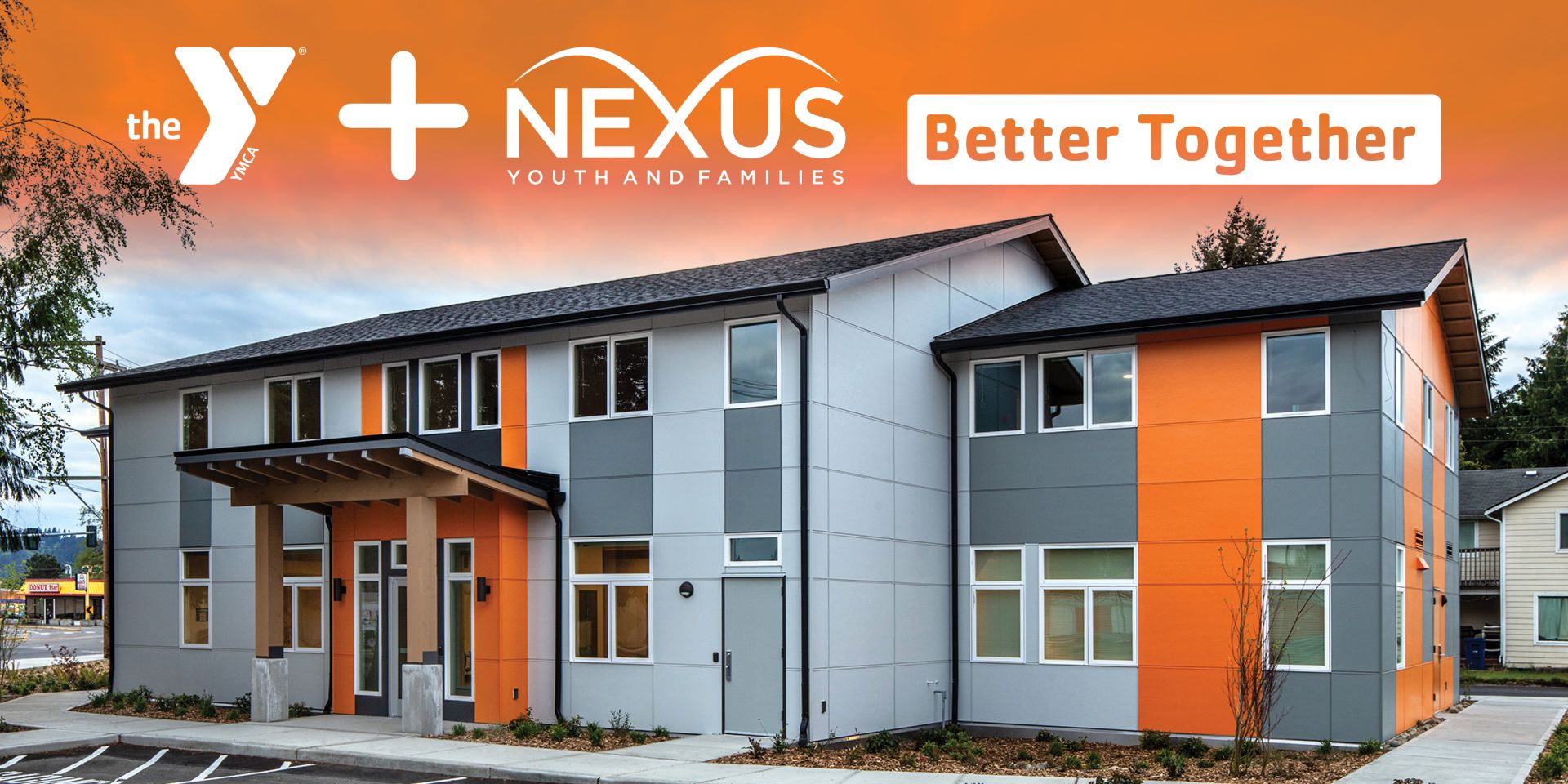 Thank you for joining us to celebrate Arcadia! If you were unable to attend the event, you can watch the recorded video below to learn about the first housing and shelter program in South King County that integrates wrap-around services for homeless youth and young adults, such as individualized case management and primary and behavioral health care on-site.

Thank you to all of our staff who made this event possible:

Thank you to all of our community partners and volunteers who joined us:

Learn more about the recent integration of the YMCA and Nexus Youth and Families.

Follow-us on our Facebook for updates on other opportunities, to get involved, and learn more!

Join us this summer for our free Impact Webinar Series to see your gifts at work. Hear from panelists about their experience on the frontlines and how they are innovating to meet the needs of the community in the current environment.

As we celebrate Y + Nexus and Arcadia, the new shelter and transitional home, find out why this is history in the making!

Many thanks to our public, philanthropic, and private partners:

During this uncertain time, it is more important than ever to come together as a community. See how you can young adults through donating goods or your time.